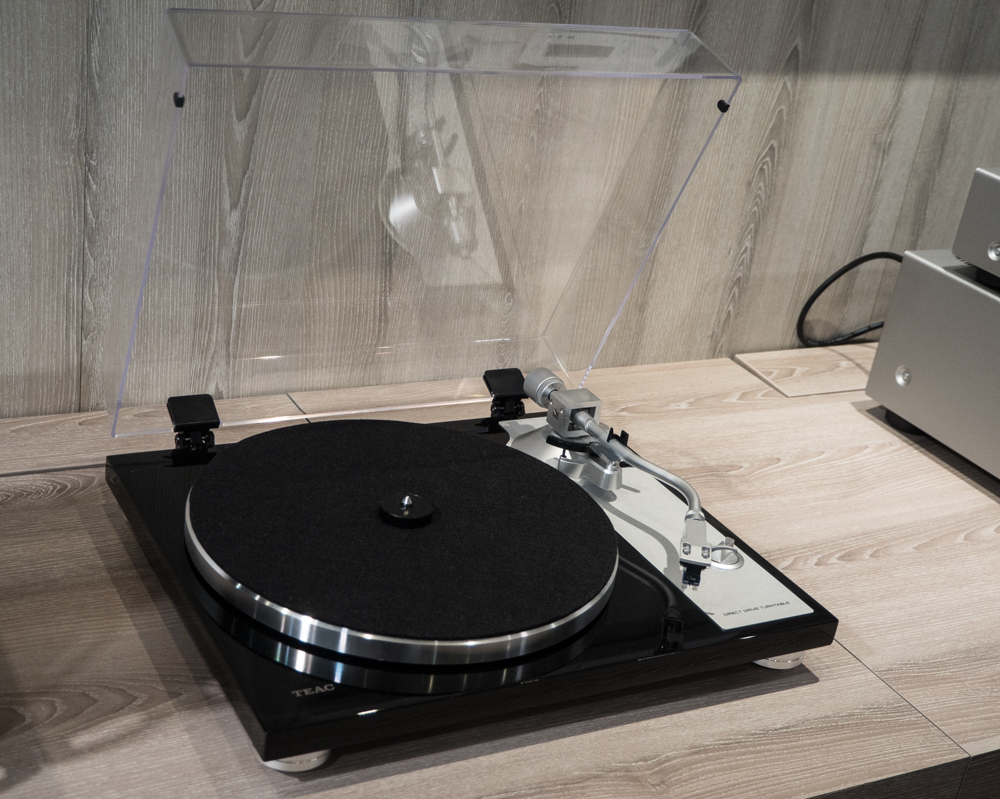 TEAC launched a New turntable earlier this summer. It has so many interesting assets that I fell for the temptation to take a review.

One of the benefits of the obvious renaissance for LPs is that there are a lot of new turntables in all price ranges. At this year's Munich HighEnd fair, there were crowds of exotic vinyl rigs, but there were also many interesting newcomers in moderate price ranges. And Aqipa's booth was one of those that showed a copy of the latter, with a copy of TN-4D dressed in black HighGloss.

This is far from the first turntable from TEAC in this segment. They have around 10 players seemingly built on much of the same load. But that's at first glance, because the TN-4D differs from the others at several significant points. 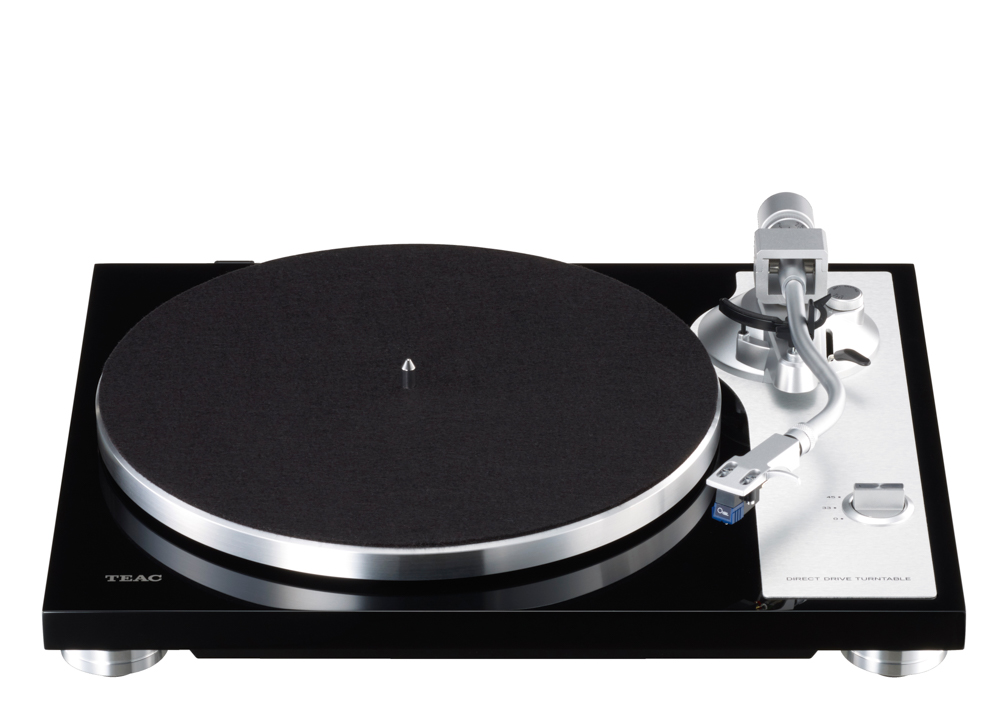 Perhaps the most important difference between the TN-4D and all the other TEAC players is that this is the first with Direct drive. All the others With slightly Rega-inspired design concept with a slim plinth has belt drive. TEAC has managed to create a player with as low alignment as the belt driven turntables thanks to a newly developed brushless motor that drives the platter directly. 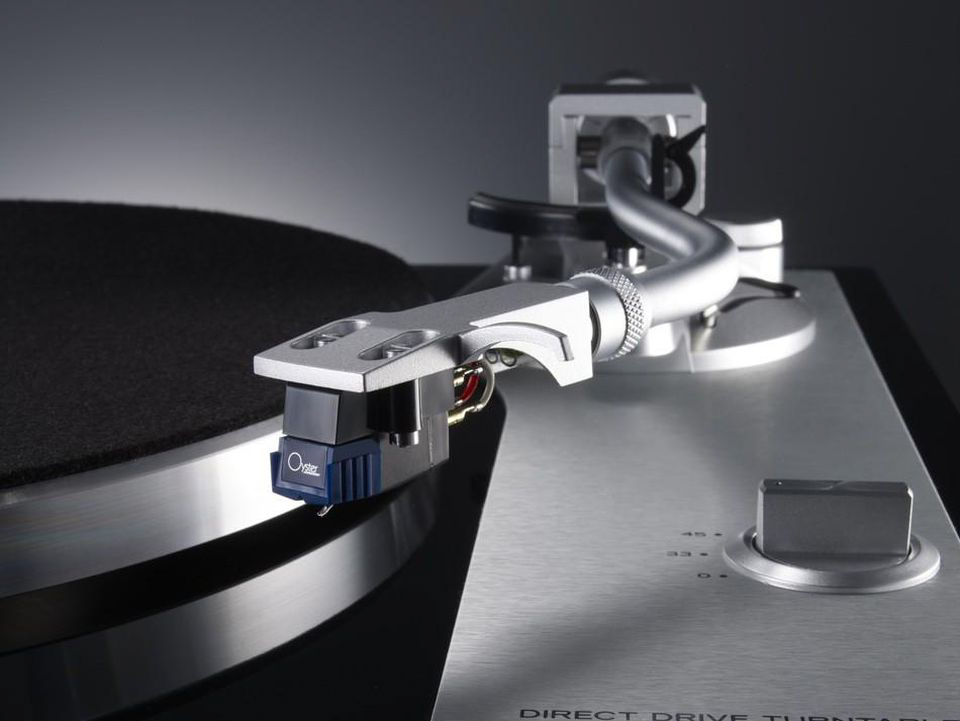 The tonearm also differs from the majority of today's players with S-arm. These are often Technics clones made by Hanpin, and with somewhat variable build quality. The arm of the TEAC TN-4D was developed in collaboration with SAEC, a manufacturer known for ultimate HighEnd designs, such as the SAEC WE-4700 costing over ten thousand USD!

The TN-4D arm also gives a very good impression. It has so-called "knife-edge" bearing that takes care of the vertical movements. There is no VTA adjustment, while pin pressure and anti-skating have conventional solutions, with rotatable counterweight and a small anti-skating wheel on the arm base.

Another side of this arm that I really appreciated was the lowering mechanism. It takes plenty of time to lower the pin to the plate - approx. 5 seconds. In addition to strengthening the quality feel, it provides good protection of both the pin and the plate.

The only thing I miss on this arm is VTA adjustment. But on the other hand, few or no other players in this price range have that. 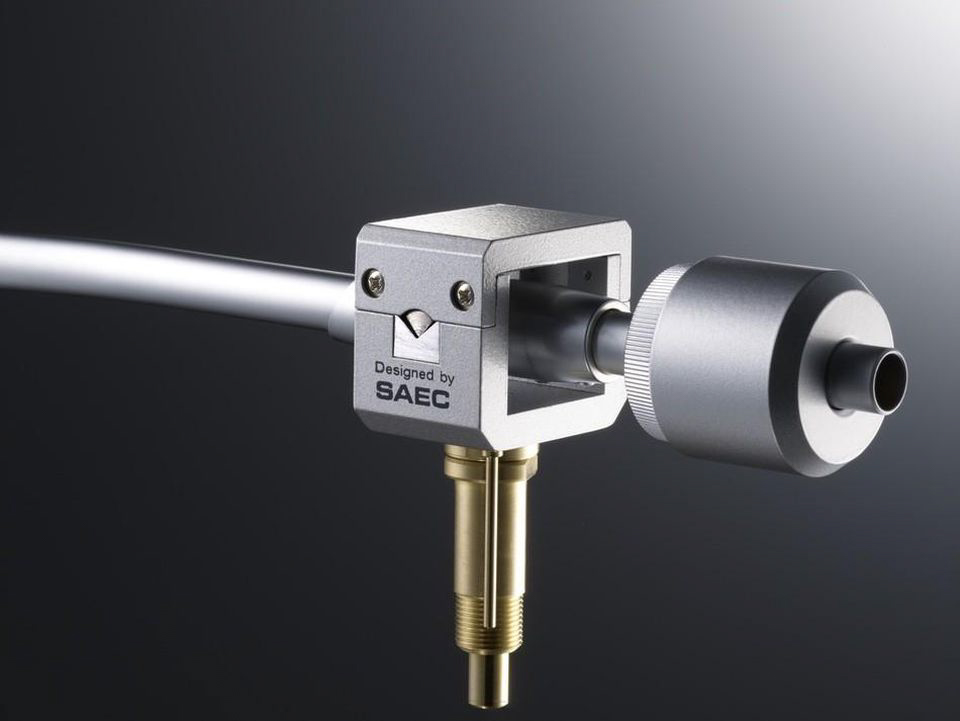 Teac has chosen to equip the TN-4D with a built-in RIAA for MM pickup. Of course, his is a great advantage if you do not have phono stage in the amplifier, or a separate RIAA. Often, such RIAAs in relatively inexpensive turntables are of rather poor quality. This does not apply to TN-4D. The RIAA stage plays quite well and isn`t inferior to the Collection of RIAA stage found in many AV-receivers in moderate price ranges. Of course, you get better RIAA stage in many stereo amplifiers, especially in higher price ranges. Not to mention separate RIAAs.

Of course, it is possible to send the signal outside the integrated RIAA stage if you are using an external RIAA, or RIAA in amplifier.

On this turntable, TEAC has chosen a more expensive pickup than on many other turntable models in this price-range. Sumiko Oyster costs around a thousand NOK in bulk, about twice as much as for example. Audio Technica AT-VM95E, which, among other things, stands on the belt-driven TN-3B that Teac launched shortly after TN4D. Sumiko has a slightly lower price than Ortofon 2M red, a MM-PU that is another current candidate in this segment.

And since the TEAC TN-4D has a detachable headshell, I took the opportunity to try many other pickups during this test. But first, we bring along some listening impressions from a small selection of the records I played with Sumiko Oyster.

We start with Kari Bremnes's LP Norwegian Mood , an album I tend to pick when testing a new product whether digital or vinyl. In general, a great rendition, where the music dominates without the details taking over. On the Montreal song, a magical rendition of Bengt Egil Hansen's accordion is served, and the song Birds is rendered beautifully and distinctly musically, although in other contexts I can get even more details.

On the legendary Dutch 70s progrock band Focus's debut album In and Out of Focus , there is a bit of a harsh sound in the recordig, and it is handled well by Sumiko Oyster. Here, other PUs with more pronounced analytical sound can struggle more. Or maybe it's the LP that's struggling. But it must also be mentioned that this debut album is a very fun introduction to Focus, and has a very different character than the albums that came afterwards, where not least the legendary live album At The Rainbow stands out as a historical gem.

Finally, another album that constitutes a mandatory test run in the vinyl context. Ken Lyon In Concert is an album that magically captures the acoustic club atmosphere with its simple recording technique. Sumiko Oyster is at its height here, providing great body for both Ken Lyon's vocals and guitar. And again I find that there may be other PUs that reveal the very last Word in details.

In summary, I confirm that Sumiko Oyster is a very interesting in the price range around a thousand for a MM pickup. And as so often otherwise, it is the taste, and not least, system matching that decides what to choose. Current candidates may be the previously mentioned Ortofon 2M Red, or Audio Technica's AT-VM95EN.

A trial run with Ortofon 2M Red on the TEAC TN-4D reveals, as expected, a far more pronounced analytical rendering. A little more detail than on the Oyster, but at the same time you lose this silky rendition that Sumiko Oyster generously serves. But again, it is dependent on preferences and the rest of the setup what is the right Choice for you.

However, if we go up to 2M Black, there is such an obvious difference that there is no real competition. Here we are talking about a PU that is among the very best MM pickups on the market and that has a price alone that is close to the turntable Teac TN-4d. And yet - the Sumiko Oyster still has a silky soft tone you don't get from the Ortofon 2M Black.

I mentioned the AT-VM95EN further up, and here you get a little from both camps. That is, a bit of Sumiko Oyster's pleasant and soft rendering, and some of 2M Red's details. But not both at the same time. If, however, you go up to the two most expensive models AT-VM95ML and AT-VM95SH, you get very interesting upgrades for a very moderate amount, and two PUs that offer tremendous value for money. Here we are on a fairly neutral sound balance, but with very good detail. SH is probably the best, but at the same time the most demanding. And ML is a very interesting alternative for a slightly lower price. And it is not automaticly obvious that you prefer the most expensive one. 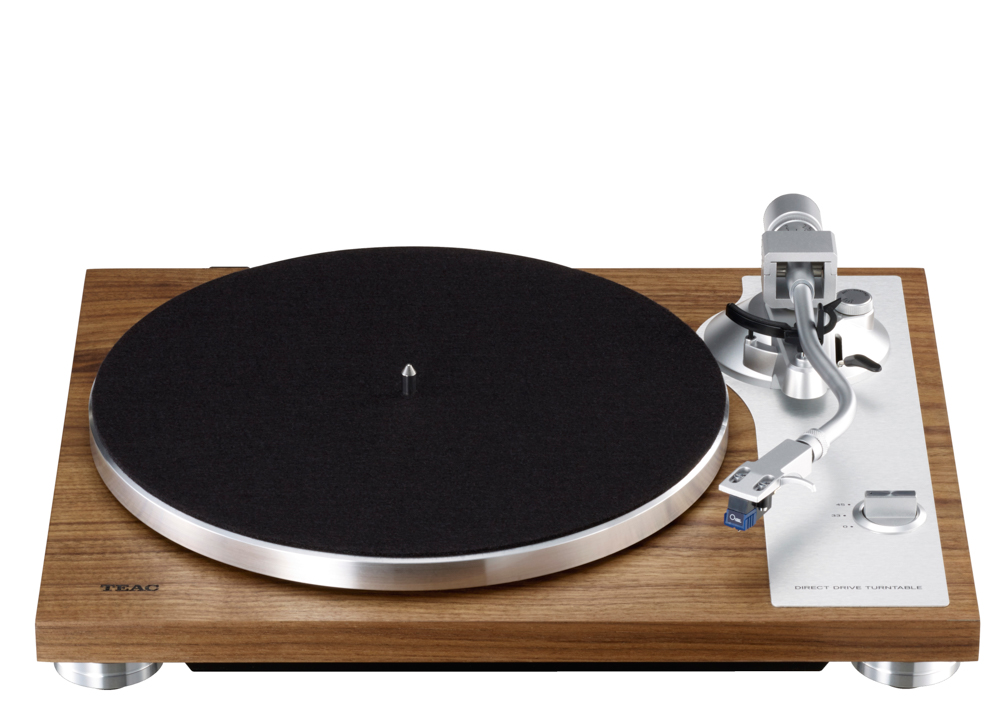 With the TN-4D Teac has served a very interesting turntable of moderate size. It has a great finish and quality feel, and with Direct drive it provides a very stable drive. Another candidate with some of the same features is Onkyo's CP-1050 , which we reviewed a few years ago. It also has a great design but has a much more classic style. But not least because of a poor pickup on CP-1050, there is a clear victory for TEAC for the sound with the supplied PU. And then the Onkyo is nowhere near having an equally good and good arm. The somewhat less expensive Audio Technica AT-LP5 is also a good option for those looking for a direct-drive player with a loose headshell. This is a good player, but I prefer the design and fibish of both TN-4D and CP-1050. And the TN-4D clearly has better sound than the AT-LP5.

The tonearm is one of the nicest and most reliable I've seen in this price range, at least if we ignore Rega's arms, which have a totally different concept. For me, the detachable headshell is a game changer because of the great flexibility it provides for quick pickup switching.

The sound is also very good and gives a slightly different character than many others in the price range. I appreciate that Teac has spent the Money for a very nice PU with this silky Sumiko Oyster. And at the same time, it is not more expensive than you can painless make significant pickup upgrade if you end up on the upgrade drive. And you probably will, you too ... For this drive with the great arm, a Pickup can withstand 5-6 thousand NOK, and maybe even more. Illustrated well by the test with Ortofon 2M Black.

Overall, the TN-4D is a very interesting and competitive turntable in the cautious part of the middle class.

Read more about TN-4D at TEAC

More in this category: « AlsyVox BOTTICELLI - a brief and hectic meeting at PM Audio REVIEW: Bowers & Wilkins PX8 – is the bigger brother of Px7 S2 at allmost twice the price worth the additional price? »
back to top