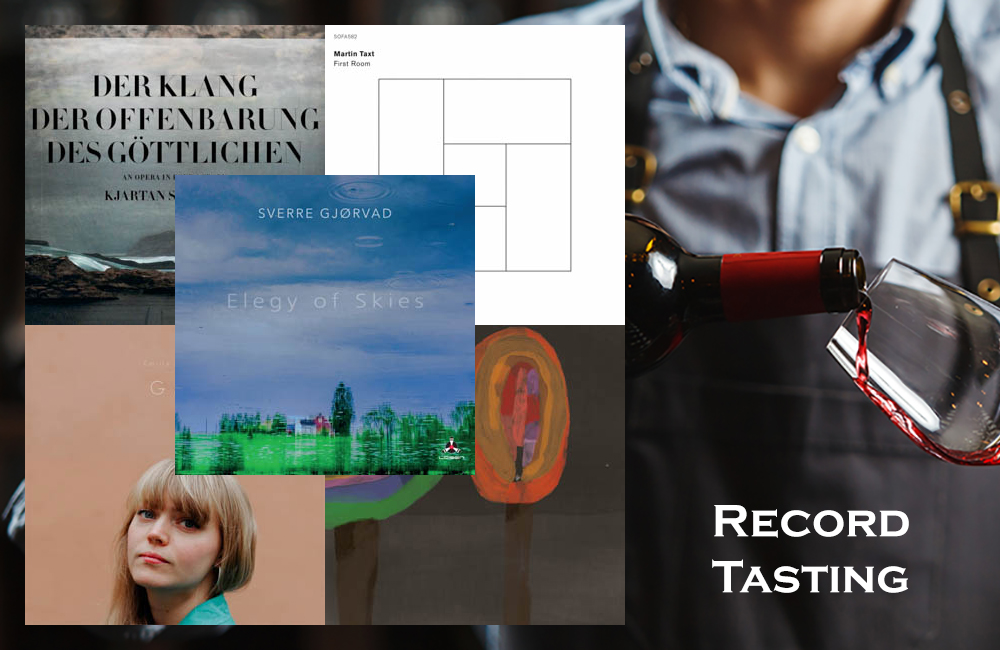 This time it is a smoother "competition" than it often is otherwise, but the musical range may be greater than ever. And there are already lots of records queuing for the next tasting that will hopefully come soon. Then there will be a lot of LPs.

Exciting alternation between melodic and exploratory 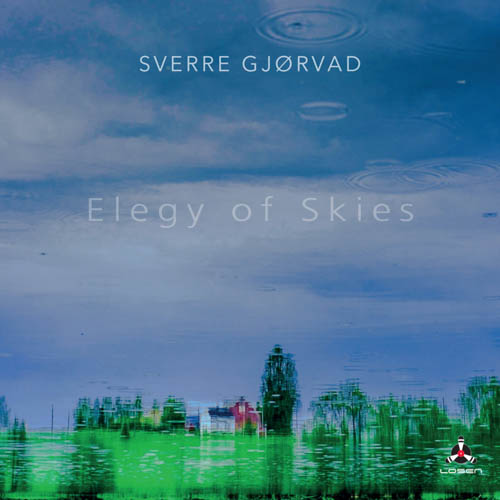 Losen Records has a lot of exciting things going on in the second half of October, and we are off to a flying start with Sverre Gjørvad's release coming on Friday the 16th. He has the same crew as on last years release  Voi River. This was a release with the same muysical span as the Elegy of Skies, illustrated by a funny interpretation of the Beatles classic Here Comes The Sun .

This means that in addition to Gjørvad playing drums himself, we find Herborg Rundberg on piano and pump organ, Dag Okstad on bass, Kristian Svalestad Olstad on guitar. In addition, Joakim Milder plays tenor saxophone on Mercy.

Sverre Gjørvad has a very long career in Norwegian jazz, with a track record that in the beginning may be dominated by the fact that he studied jazz at the Trondheim Music Conservatory. He played in the Bodega Band and Storytellers. The first solo release came in 2001, in an album with the subtle title Denne Lille Pytten Er Et Hav . And in 2011 he released an album with an equally challlenging title - Patience For The Little Things .

Sverre Gjørvad has also played with Norwegian jazz giants such as Live Maria Roggen, Ståle Storløkken, Mats Eilertsen and Nils-Olav Johansen. And with Richard Badenyck, a musician many of our readers will also recognize as an owner of  the mag Lyd & Bilde

Although we are always quite safe within the fences of the jazz landscape, this release illustrates that this is a fairly large and diverse landscape. And I am most fascinated by the music on Elegy of Skies when it is in an exploratory and searching terrain. As on the opening track An Amorphic Balloon , and on the Islands and Mountains. And on the final title track Elegy of Skies But at the same time, the album's strength is precisely this alternation between the melodic and the more diffuse and searching.

Read more about Elegy of Skies at Losen Records

Kjartan Sveinsson - The sound of the revelation of the divine 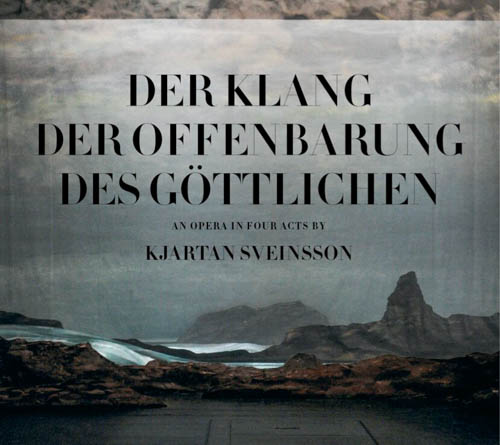 Kjartan Sveinsson is a modern Icelandic composer who refuses to stay in his booth. Of course, this can be annoying enough, especially if you are dealing with animals. If, on the other hand, it concerns musicians, and perhaps especially modern Icelandic musicians, it is a good sign that something interesting and exciting is brewing.

Der Klang der Offenbarung des Göttlichen, or The Explosive Sonics of Divinity, is a four-act opera, premiered at Berlin's Volksbühne theater in February 2014 . It is written together with Ragnar Kjartansson based on Halldór Laxness' novel World Light.

In the first act, the thoughts involuntarily go to the Polish composer Henryk Górecki, and his 3rd symphony which I wrote about last year when Beth Gibbon made an incredibly beautiful interpretation of this symphony, a symphony that is also called Sorrowful Songs. Both harmonies structure and musical atmosphere have clear similarities. And this first act is a pure instrumental, like an overture. The other acts have choirs, but no soloists, so this is not an opera that follows very traditional tracks.

But of course there is no obstacle to the music being very nice and beautiful. It has a far less modern character than an opera premiered in 2014 could indicate. Neo-classical is perhaps an adequate characteristic. Timeless is probably also a good description.

The sound is also at a high quality level. We are used to that when Sono Luminus is in charge of production. 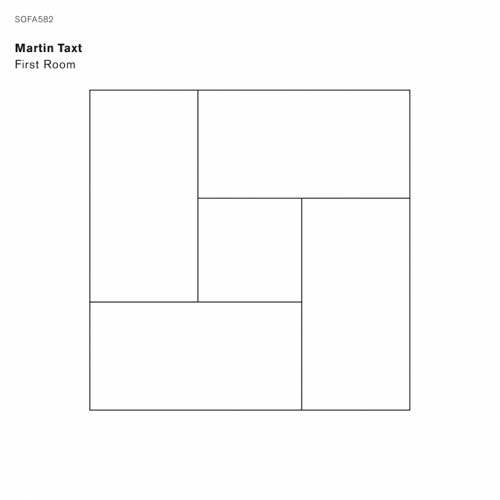 I must admit that the term or musical instrument microtonal tuba was unknown to me before I met this release. But for Martin Taxt it wasn`t, he has released music on this instrument before.

And we should probably take a look back at 2011, when Robert Hayward, Martin Taxt and Kristoffer Lo released the album Microtub, also on Sofa Music. This label states: Robert Hayward developed the first microtonal tuba together with the tuba manufacturer B and S in 2009. After exploring the possibilities of just intonation on a regular tuba, he found it necessary to invent a new instrument where all the microtons could be played in a more logical way. .

In this recent release, Martin Taxt explores possible connections between architecture and music. An exciting starting point that gives quick associations to another release I wrote about in May, where Hanne Borchgrevink explored the connection between images and music on the release HUS . Of course at the same time very different, so we leave it there.

First Room deals with Japanese architecture, more specifically a Japanese tea room and tatami mat, a traditional mat in woven straw with a rectangular shape in the proportions 2:1. And the album's cover photo illustrates the floor plan of a Japanese tea house, a floor plan that has been used as a foundation for music. The recording is a mix between recordings made over two days, with both live recordings and studio recordings made in the same room.

The music is a dialogue between Inga Margrete Aas on double bass and viola da gamba, and Martin Taxt on microtonal tuba. Or perhaps more precisely an exploration of the harmonies between these instruments. There are long lines in the music on this 35-minute track, which has a distinct minimalism in its exploration. It is tempting to compare with Microtub, which has related musical terrain, but with a different instrumental composition.

This is the first in a series of several releases where Martin Taxt promises to explore the connection between architecture and music. If the release finds such a connection, I will leave it to the listener, but it is exciting music anyway. I look forward to future explorations of the same nature.

Classical musician in a new landscape 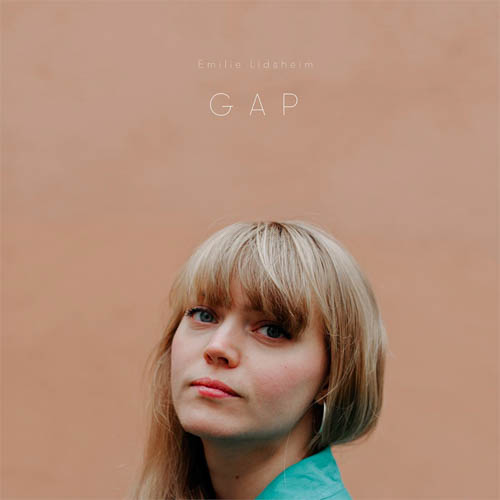 Her full name is Emilie Heldal Lidsheim, and she is a trained classical violinist at the Norwegian Academy of Music and Barratt Due. She is safely placed in Ensemble Allegria, a chamber orchestra that does not go out of its way to explore modern and somewhat genre-breaking compositions. But she has also played with the Norwegian Chamber Orchestra, the Norwegian Soloists' Choir, KORK and the Oslo Philharmonic. In other words, what we may safely characterize as a well-established classical musician.

But Emilie also has another musical side, which is why she's on my keyboard today.

Emilie has also dealt with music that is solid on the outside of traditional classical music. She has played with artists such as a-ha, Odd Nordstoga, Eva Weel Skram, No4, Christel Alsos, the string trio LEO, the Zanzibar jazz band Matona's Afdhal Group and Javid Afsari.

It may have started growing up, where she was a singer in addition to being a visual artist. And it is precisely folk singing that is one of the main ingredients in her new debut album Gap, where she has written all the music herself with the exception of «I Paint the Day Full, which is written by her father Karl Heldal. But on the recent album GAP, the songs is not served in the way her father has served on three album releases, but a more exploratory version where it may be obvious to bring up the concept of vise-pop. But we also find elements of other musical landscapes in this release. This is a song category you do not have to be very surprised if you recognize from KKV's repertoire, but it is still a very personal style that can not be directly compared to other artists I have heard.

At GAP, Emilie Lidsheim plays violin and viola, in addition to singing. But there are several accomplices to this production, and perhaps the most recognizable is Morten Qvenild. A very exciting pianist that I wrote about on the unique release Landet bortanfor Landet - Område 51 together with Frode Grytten a little over a year ago, and which writer colleague Stig Arne listened to at Osafestivalen at about the same time. And in addition, Stian Andreas Egeland Andersen plays double bass, and Ivar Myrset Asheim plays drums.

I paint the whole day , which is the song written by Karl Heldal is also one of the tracks that stands out above the average on this release. The one on the following Blikket is also among my favorites, with a great minimalism in the arrangement and a nerve in the performance of a song that has the ability to penetrate most shells.

For some reason, the album's four very best songs have lumped together, and that's not the beginning of the album. So when the song after Blikket is also among the very best, it becomes a confirmation of this pattern. But here at The Same Moon , there is more flow in the melody with long lines and a nice accompaniment of drums and bass. Here, a good deal of ambience is also used, in contrast to the gaze. And both parts are equally accurate adapted to the respective songs. Ror is still my biggest favorite on the album, and is a rather hectic song, which alternates between a hefty and calm passenger. This is probably also the most innovative song on a great and creative album. 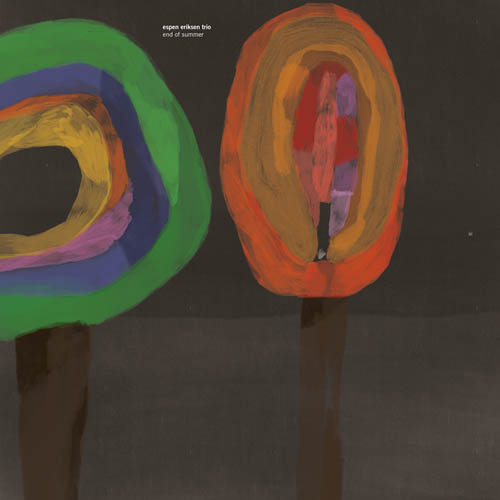 Espen Eriksen comes from Haugesund, and is a trained jazz pianist. He has had an extensive collaboration with trumpeter Gunnar halle, and has released three albums with him, with melodic and low-key music.

But today he is primarily on my keyboard and in my tasting room for his trio - Espen Eriksen Trio. This trio has been constant since it originated in 2007, and consists in addition to himself on piano of bassist Lars Tormod Jenset and drummer Andreas Bye. Writer colleague Stig Arne has made a musical acquaintance with the trio during Vossajazz in 2019, something you can read about here .

Espen Eriksen's music is jazz of a distinctly melodic kind, with elements that can sometimes provide links to folk songs, but there are links of the cautious kind. It is nevertheless tempting to say that this trio is part of the legacy of the Jan Johansen Trio, and moves in much of the same musical landscape that the Tord Gusatavsen Trio and Quartet have been playing in.

This has been a fairly constant factor in the trio's four previous releases over the past decade. And it's just as recognizable on the trio's brand new release called End of Summer. A title with a touch of minor-tuned atmosphere, which also characterizes the music a bit, although it is far from always literally in minor. And we also recognize the slightly low-key and melodic atmosphere that is also repeated in the previous releases.

But there are also contrasts to this and in the last part of the track Dancing Demons the temperature is raised many notches. Also Transparent Darkness is a track that stands out from the other from the start, and are among my favorite tracks on the album.

End of Summer is a great and well-crafted album, and also has sound above the cut, although the last bit of transparency can be missed.

Read more about End of Summer at Runegrammofon