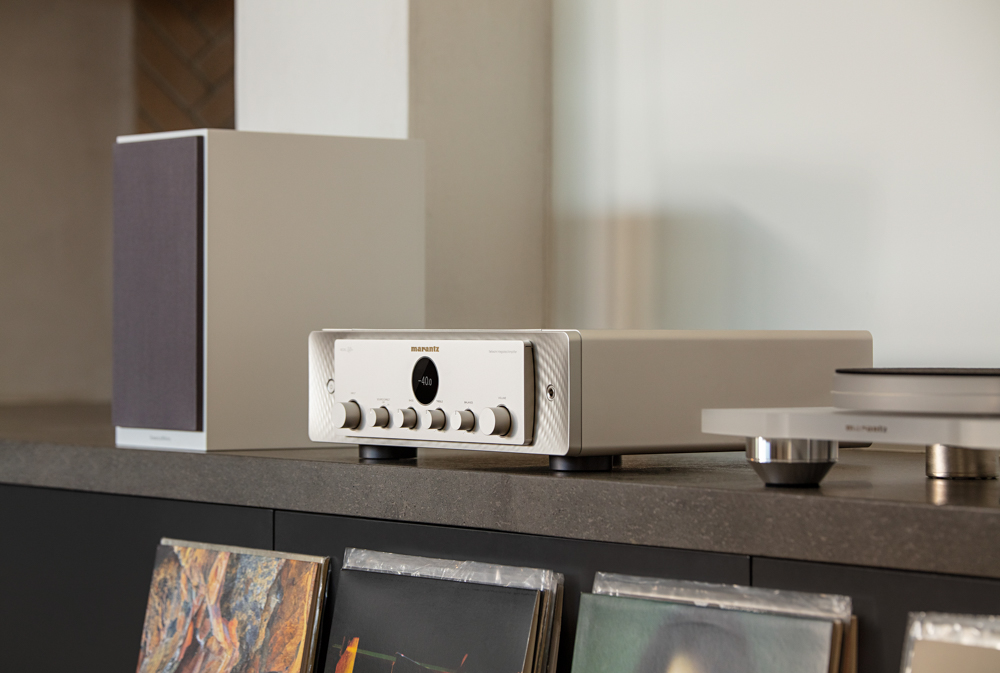 Marantz has launched a new model that follows in the footsteps of MODEL 30 and SACD 30n that arrived at the end of the summer of 2020. And despite the fact that the design  appears as a blueprint of MODEL 30, the new MODEL 40n differs more from the top model than you initially might think.

When the new series from Marantz was launched in August 2020 , it was a really fresh breath in terms of design compared to previous models, although they obviously play on a bit of retro strings. Or maybe just because of that, and we have registered quite positive reactions to the new design line. And on August 10, Oliver Kriete from Sound United could proudly present a new creation in this model series at an invited digital press launch.

There are two kind of people in this world - those who are skeptical of Class D amplifiers, and those who believe that it is a gift to humanity. And we who are somewhere in between easily end up in a crossfire when the temperature in the discussion rises many degrees. And we also registered this dilemma among HiFi enthusiasts when it became clear that the MODEL 30 had a Class D construction.

So it might be good news for the skeptics of class D that the brand new MODEL 40n is a classic class A/B construction with a power of 2x70 watts. And similarly nice for Marantz that they can have an offer for both camps when the new series is now expanded with the MODEL 40n. 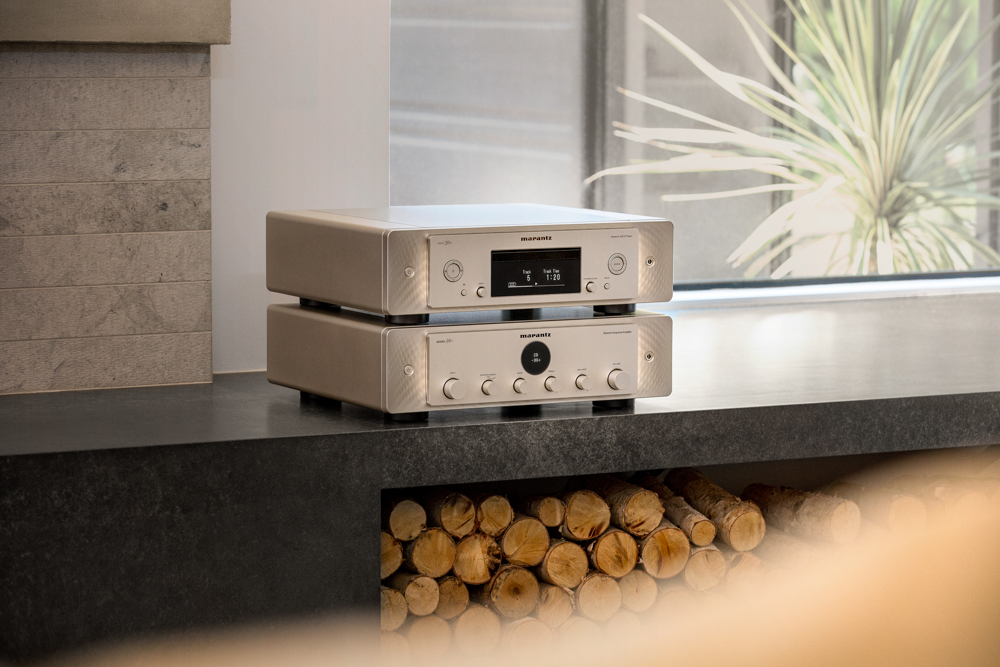 Connoisseurs of Marantz will also nod in recognition of the "n" in the model name, and know immediately that this is an indication that it is a network amplifier with both DAC and digital inputs, and a streaming engine. And it's no surprise that this power motor is Denon/Marantz's HEOS, which has been proven over time. In other words, we are dealing with a "just add speakers" product, a category that seems to be increasing in popularity. 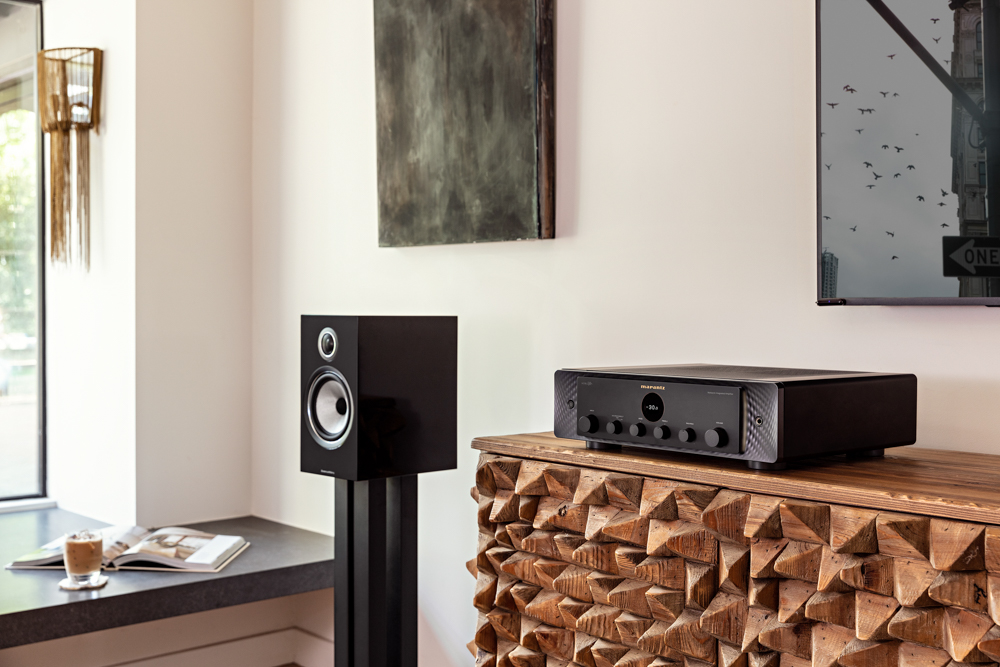 The heart of the digital department is as always the DAC, and Marantz has chosen to use an ES9016K2M from ESS Sabre in their new model. This is a DAC chip they have also used before, i.a. in the ND8006 CD Streamer. In MODEL 40n, Marantz states that they have fine-tuned the DAC with associated parts and an output stage with HDAM combined with MMDF filtering, which stands for "Marantz Musical Digital Filtering". MMDF has two versions, where Filter1: Slow roll-off is the default value, and which Marantz gives the characteristic « Open and wide soundstage with clear positioning of any detail ». But it may be replaced by Filter2: Sharp roll-off / short delay, which Marantz characterizes as «Preserved more the analogue side of the source material.

The HEOS streaming engine is located on a module that also contains the HDMI part. For an HDMI ARC ensures flexibility that makes the amplifier suitable for use in a stereo AV setup. The HDMI input also supports CEC for good control integration

At the back we find an optical and a toslink input together with a USB and a network input. Two antennas for Bluetooth and WiFi, respectively, are also present.

MODEL 40n is prepared for voice control. And even though Amazon Alexa is also available, it will be Google Assistant and Siri that are most relevant for Norwegian users. 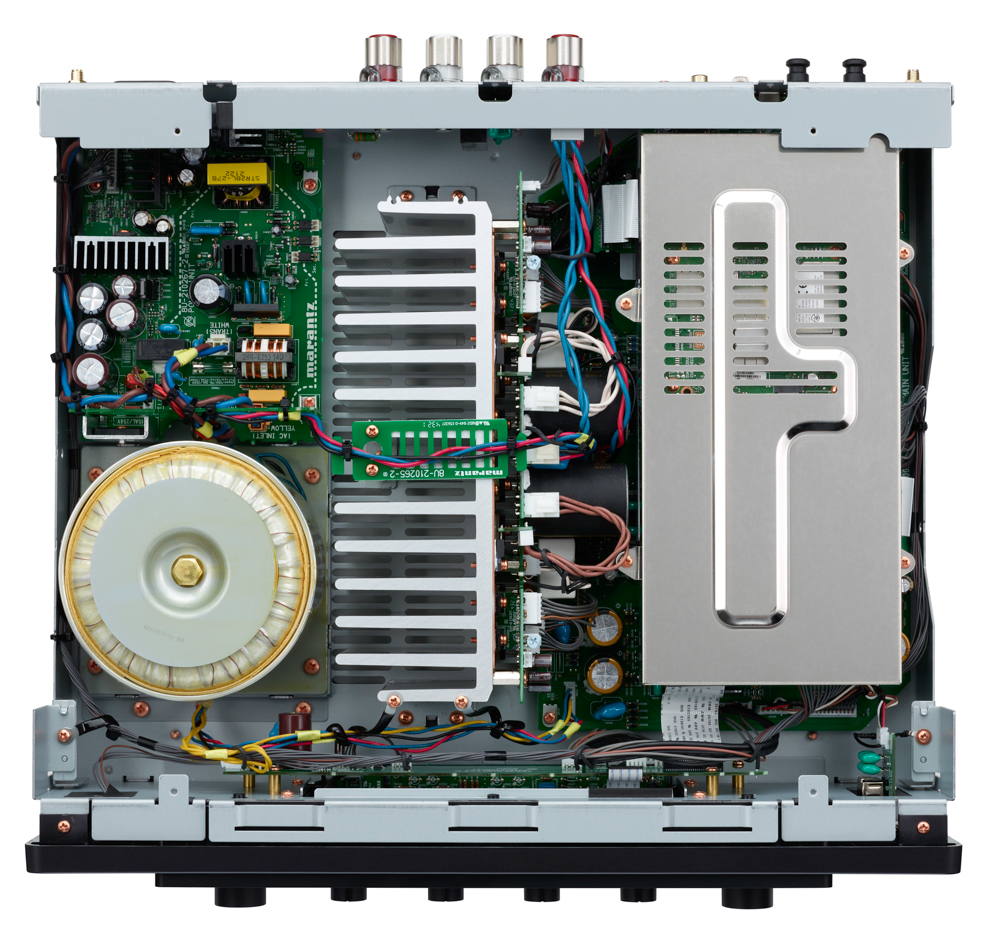 Of the analog inputs, we find three standard line inputs and a phono input for turntables with MM-PU. There is also a direct input to the power amplifier, which means that it qualifies for a place on our exclusive list of amplifiers with HT bypass. There's also a dedicated subwoofer output, but Marantz has not succumbed to the temptation to post a regular pre-out.

The amplifier has a powerful power supply with a ring core transformer of 3.4 kg and a diameter of almost 13cm. And to reduce the risk of radiation from the power supply to the audio part, Marantz has placed internal cooling fins between these two compartments. 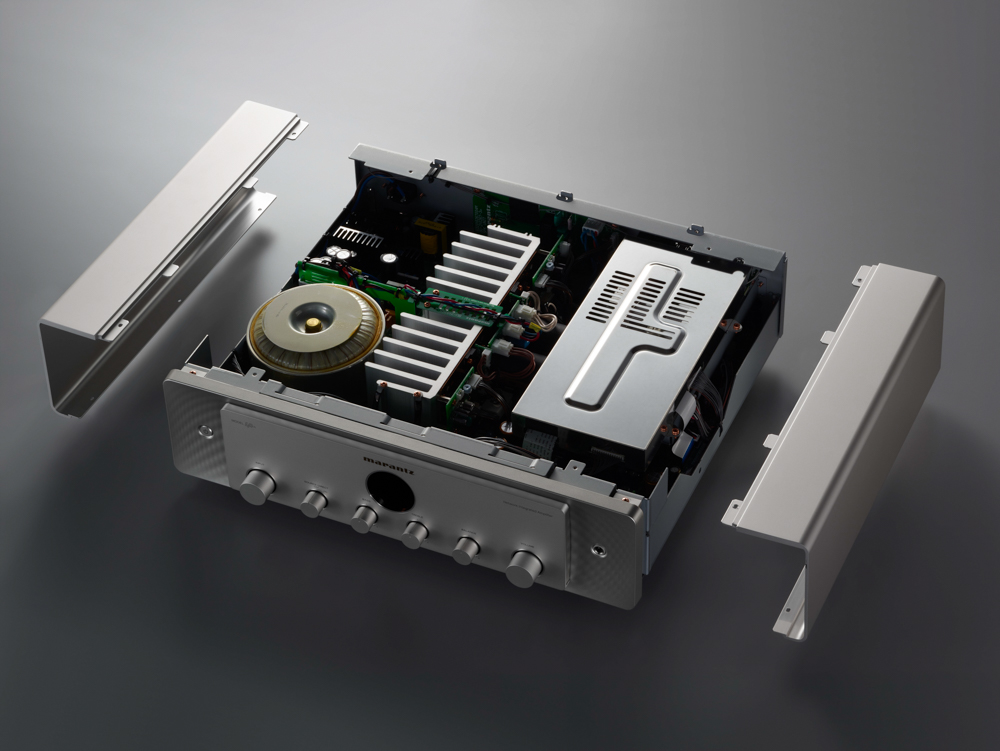 Marantz MODEL 40n will be available for order in March 2022, in the colors Black and Gold Silver. WE do not know the price in Norway yet, but given that MODEL 30 is a little over thirty-four thousand NOK, and at launch MODEL 30 had a price in Europe that is 20% above MODEL 40n, we can at our own risk optimistically hope that it will end up just below  thirty grand NOK .

The Norwegian importer for Marantz is Neby AS