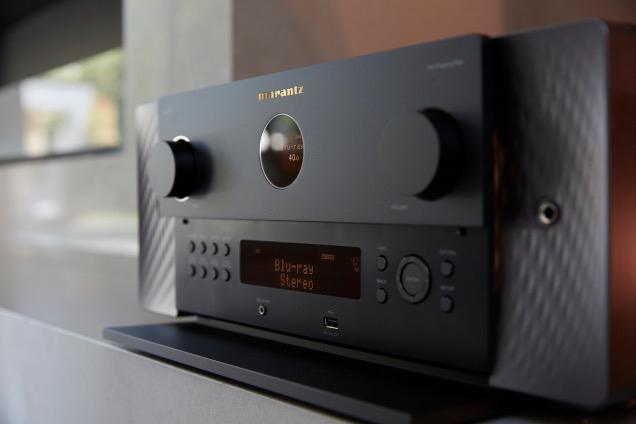 Sound United invited to the digital launch of Marantz`s new home theatre series CINEMA. In addition to the immediately obvious upgraded design, the new CINEMA series has a number of interesting innovations.

A little more than six months ago, Sound United was acquired by Masimo, a company headquartered in Carlsbad, California. Sound United will operate as a subsidiary of Masimo, but otherwise no consequences have been signaled for the eventually extensive portfolio, which includes Bowers & Wilkins, Denon, Polk Audio, Marantz, Definitive Technology, Classé and Boston Acoustics. On the contrary, there has been an active season during the past six months, and one of the highlights is Marantz's new CINEMA series. 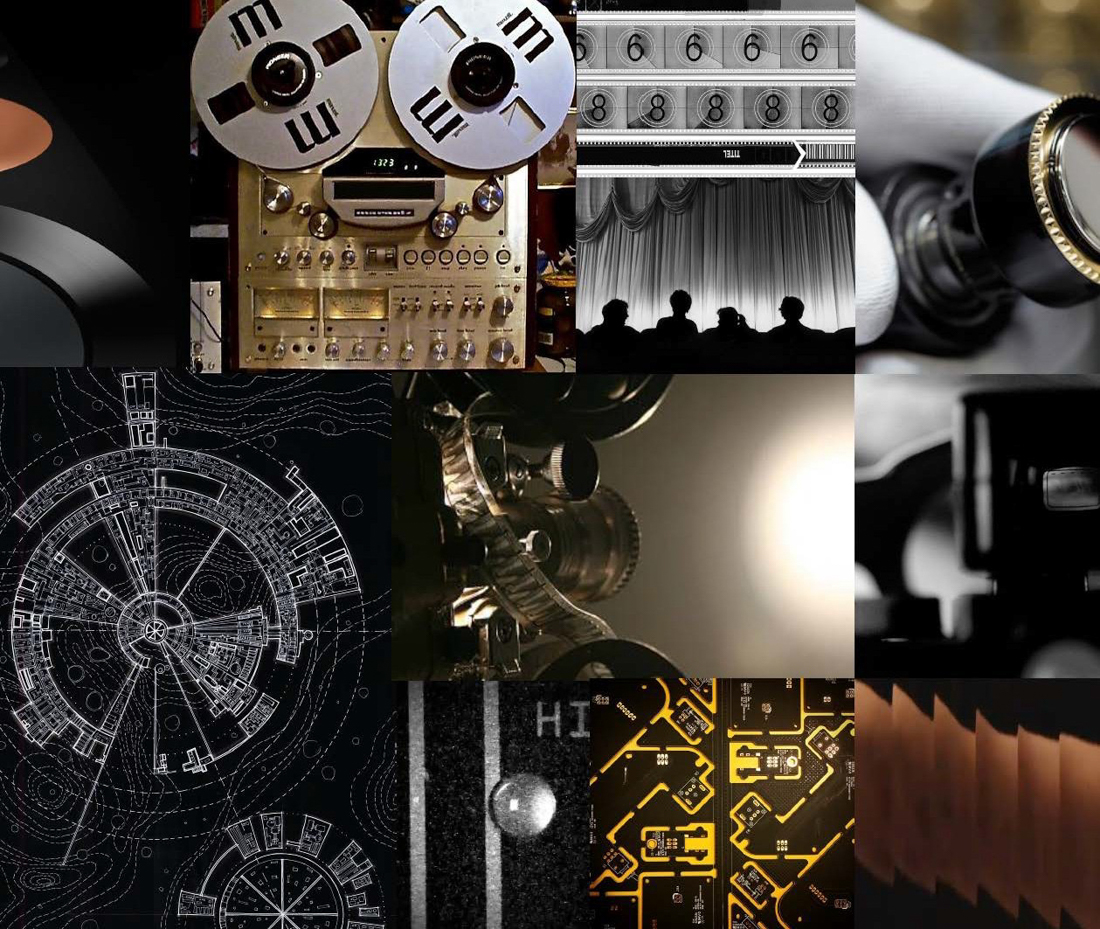 Marantz had a slightly cautious launch of their new design line at the end of August 2020 . But the term cautious must not be misinterpreted to mean that the design change was moderate - only the range of products was. For this completely new design line that played on a combination of retro strings and at the same time completely modern appearance had only two models initially - the integrated class D amplifier MODEL 30 and the CD/SACD player with streamer SACD 30n.

Before we dive into the exciting news that was launched a short time ago, we want to delve a little deeper into Marantz's new naming policy. We have all noticed that the product names have changed, but it happened without a full explanation and overview. Marantz presented this overview last Thursday. And as we already got an inkling of over two years ago, all integrated amplifiers in the new design now have the group name MODEL, while stereo receivers will have the group name STEREO. Separate AV pre- and power amplifiers are named AV and AMP, while AV receivers are named CINEMA. That record players are given the group designation TT is both logical and intuitive, while silver disc players are given the designation CD / SACD depending on their compatibility. 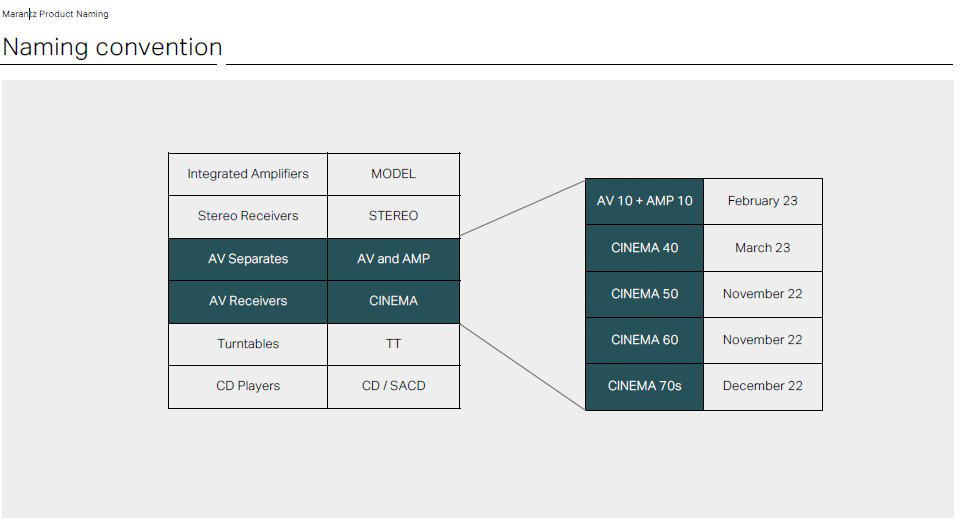 CINEMA is thus the name for Marantz's new line of AV receivers, and no one should be able to claim that it is hard to understand which product segment is hidden behind this name. There are initially three products in the new CINEMA family, and as we have guessed the contours of from the stereo amplifiers, a lower model number is a signal of higher quality and price.

The new models are CINEMA 50, CINEMA 60 and CINEMA 70s, where the "s" in the latter model stands for slim.

And we start with the smallest and most affordable model. The CINEMA 70s is the successor to the Marantz NR1711, a model that has its strongest characteristics in being an unusually slim AV-Receiver, even though it has been a full-fledged home cinema machine - at least for rooms with moderate volume and with relatively easily driven speakers.

CINEMA 70s has 7 amplifier channels, and also has 7.1 pre-out. In itself this is a sustancial upgrade from the NR1711. And here at the same time we come across a very interesting piece of news. For CINEMA 70s has a preamp mode that we know from expensive AV receivers from Denon and Marantz in the last two years, but in a further developed version. Preamp mode means that you can switch off the power amplifiers when you use pre-out, but it has previously been an either/or thing. What is new on this autumn's AV receivers in the CINEMA series is that this can be configured individually - that is to say that l/r channel for front, surround or surround back must of course be configured equally in pairs. This gives you full flexibility if you want to use a receiver as a pre-amp for some channels, and with the built-in amplifier for others.

And CINEMA 70s in particular may be extra natural for many to use as a preamp processor since it has a very compact exterior, and with a slightly limited power in the amplifiers.

CINEMA 70s otherwise has what is needed in terms of support for formats from Dolby and DTS, and room correction is taken care of by Audyssey MultEQ. Three of the HDMI inputs support 8k/60Hz or 4k/120Hz.

Next out is CINEMA 60, and here we are up at full height. The stated power is also doubled to 100W (8 ohms, 20Hz-20kHz, THD: 0.08%, 2ch driven). And unlike inside its kid brother CINEMA 70s, we find Marantz's well-known HDAM amplifier technology onboard.

CINEMA 60 also comes in a DAB version, which in the EU is priced at 50 euros extra over the standard CINEMA 60. 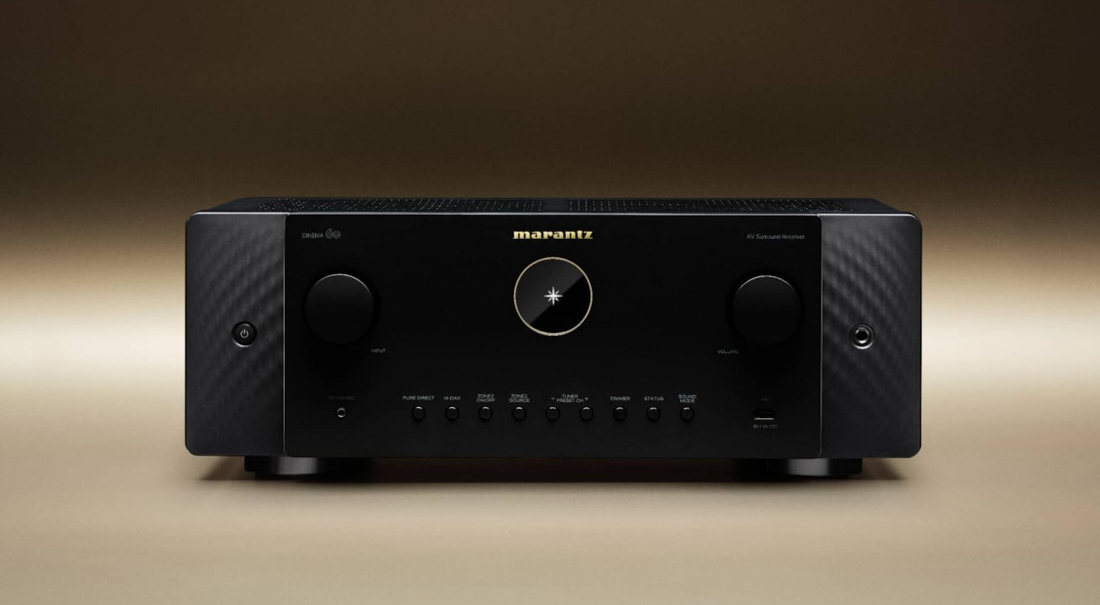 The provisional top model in the CINEMA series is the CINEMA 50, and here we really start talking. In addition to the features in the two smaller models, there is an aluminum front plate here, where the two smallest models have a plastic front plate. CINEMA 50 has support for Auro 3D, which has a newly developed support for 3.1.2 and 2.1.2. There are 9 amplifier channels, and they have a stated power of 110 watts (8 ohms, 20Hz-20kHz, THD: 0.08%, 2ch driven).

The processor is a Griffin Lite XP Sharc DSP with a capacity of 11.4. It involves output for four independent subwoofers, which can be configured in a Directional mode. This means that with speakers defined as "small", you get the deep bass sent to the subwoofer that is placed close to the main speaker that is set up with the relevant bass signal. Or you can choose one of these outputs configured for a tactile transducer – or roommates among friends.

CINEMA 50 is also compatible with MPEG-H, a broadcast audio standard that can be used for Sony's 360 Reality Audio 3D sound, which has been adopted by several streaming services, including Deezer, TIDAL and Amazon Music.

Dirac is also available as a supplement to Audyssey MultEQ in CINEMA 50, and you may also subscribe to Dirac Live. It comes in two different versions – a Limited for the range 20 – 500Hz, and a Full which covers 20Hz – 20kHz. Dirac Live comes as an upgrade option in spring 2023.

With the new products in the CINEMA series, Marantz has also launched a new graphical user interface (GUI) and a new remote control. 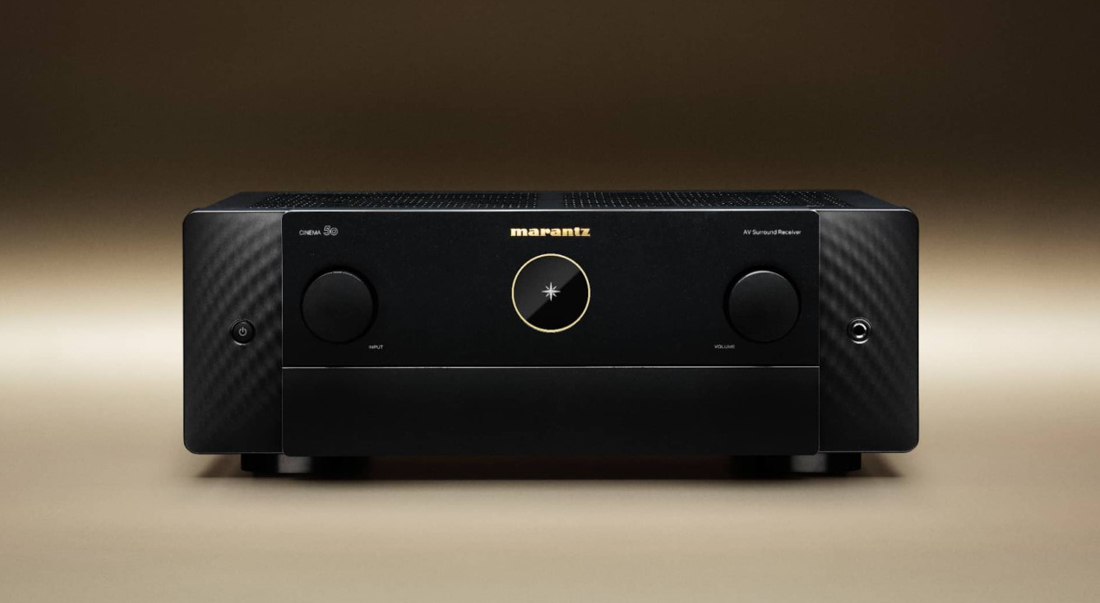 The two largest models CINEMA 50 and CINEMA 60 will be available during November 2022, while the smallest CINEMA 70s will arrive in December.

In addition, it has been signaled that an even larger receiver named CINEMA 40 will arrive in March 2023, while the separate AV components AV 10 and AMP 10 will arrive in February 2023. 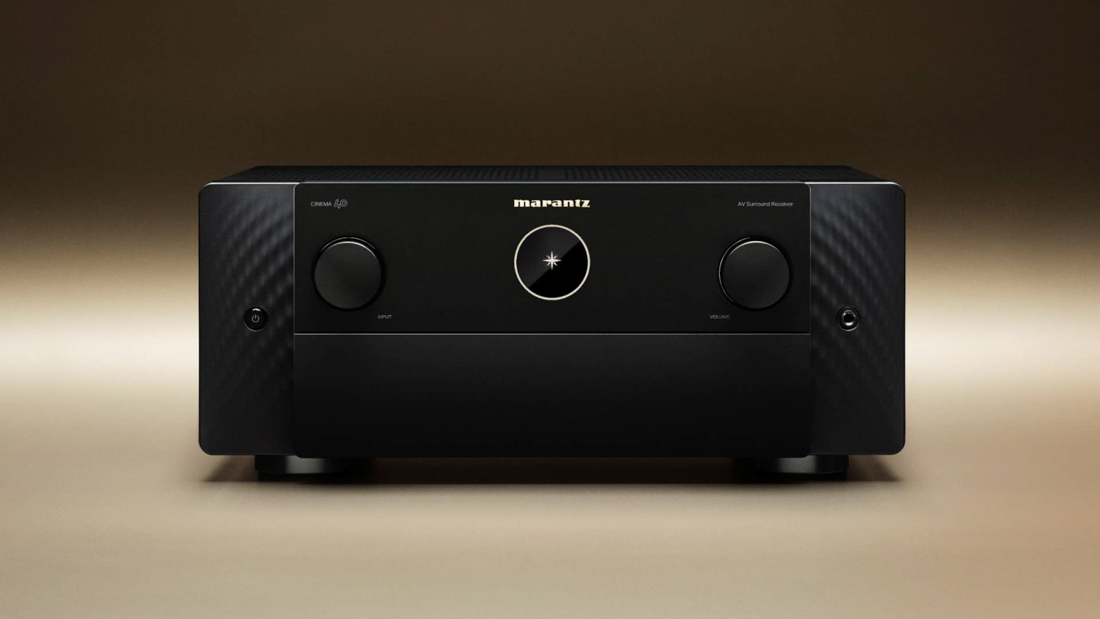 Marantz is imported to Norway by Neby HiFi

More in this category: « Three new mid-range models from Denon Bowers & Wilkins Px8 007 Edition – Shaken, not stirred »
back to top