Since its launch on November 1, 2019, Apple TV + has had an ever-increasing catalog of series and movies. Battleship Greyhound is the latest addition, and must probably accept being one of the highlights in the collection, along with the opening series The Morning Show and the architectural series Home .

Battleship Greyhound is actually a Sony production, and was originally planned for cinema launch on June 12, 2020. The corona pandemic wanted it differently, and the plans were changed to Apple buying all the rights to this production, and the premiere on Apple TV+ was Friday 10.7.2020. Thus, it has received the label Apple TV+ Original . This is how the world works in 2020.

This character is not a character Tom Hanks has invented himself, but taken from the novel "The Good Shepherd" from 1955, written by CS Forester. The abbreviation stands for Cecil Scott Forester, while his real name was Cecil Louis Troughton Smith. And when the soul and old memories are examined (and they should from time to time), pleasant memories emerge from a series of books about Lieutenant Horatio Hornblower who sailed during the Napoleonic Wars, and this series was persistently swallowed with a high appetite of an early teenager around 50 years ago. Forester obviously had a thing or two about the wet element.

In Battleship Greyhound we are set back to February 1942, shortly after the United States was drawn into World War II triggered by the attack on Pearl Harbor. Location is the Atlantic Ocean, and trade convoys from the United States to England. On an ultimate scale, the action is the Battle of the Atlantic, a battle that took place in the period 1939-1945.

In the case of Battleship Greyhound, we are in a convoy which in the film is called Convoy HX-25 with destination Liverpool after departure from the USA. It contains 37 merchant ships and four warships led by Greyhound.

In this crossing, the convoy must also cross The Black Pit. This is the area where the convoy is too far from land in both the USA and England to receive air support from military aircraft, and is therefore extra exposed to attacks from German submarines, so-called Wolf Packs. The Black Pit is a distance that takes 5 days. And in the film, the convoy gets its first encounter with submarines led by The Gray Wolf a little over halfway on this distance, 50 hours before possible air support from English aircrafts. An effective tool is that The Gray Wolf, in addition to launching military physical attacks, also hacks into the radio and engages in psychological warfare.

Not all films I have seen with Tom Hanks have been of the same quality. But it has never been this actor's fault. And then there's probably a thing with Tom Hanks and captains. This is the third film I come across on the go where he has the lead role as captain - two at sea, and one where he as a flight captain makes an emergency landing in the Hudson River. Probably some stuff from his childhood…

I mentioned in the introduction that Tom Hanks has an extra central role here as well as an actor in Battleship Greyhound. Because in addition to the drama surrounding the physical attacks from the German submarines, the film spins almost as much around the drama this is for Captain Ernest Krause personally.

Through a flashback, we get a brief encounter with the woman in his life, Evelyn. She is a contemporary beauty in a slightly mature age played by Elisabeth Shue, and through this hectic encounter we get a small glimpse of the drama in Krause's life where he has previously been passed over several times during a long military career at sea, before he finally gets command of not only one ship, but an entire convoy. And we also get a glimpse of the tension that lies in his insecurity and fear of rejection of Evelyn. The history between them is left to the viewer's imagination, but there is little doubt that she means everything to Captain Krause.

We find some of the same drama on board the Greyhound, where the dynamics between the captain and the rest of the crew are marked by his own doubts, and the failure to fulfill his high demands on himself. For the role of captain is filled in an excellent way, but he may not have the same natural authority that other captains with an inflated ego could have had.

And that's exactly why Tom Hanks is such an excellent actor, also in this role. There are few other actors that have the same ability for an expressive character as he has. It is the case that when he early in the film bends forward towards the camera to wash his face in the captain's washbasin, I "feel" for a brief moment the smell of soap. That's good acting!

And few can copy his face mixed with elegant charm, but with eyes that express insecurity when he invites Evelyn on a journey where he can propose to her, an offer she refuses with her own ambiguous elegance and a touch of distance and reservation.

In a nutshell, Tom Hanks balances finely and masterfully between inner insecurity and a at the same time a very high-functioning captain in what must be assumed to be the most demanding days of his life.

On board we find again some of the same uncertainty in the dynamics between Krause and the rest of the crew. But it happens all the time on a rather subtle level, as when he interrogatively glances with his deputy commander in the situation where two sailors are called in on the carpet to get refs from the captain, and it is obvious that NK might have been even stricter. Or when in individual situations he is discreetly adjusted by subordinates when he does not 100% have the overview he can possibly have anyway.

Captain Kreuse's high demands on himself crystallize in the short dialogue where a subordinate says to the captain: " What you did yesterday got us to today ," and Captain Ernest Krause replies " It's not enough. Not nearly enough. ” Perhaps especially given the dilemma he was faced with between picking up survivors in the sea from a sinking ship at the same time as another ship was in urgent need of assistance due to submarine attacks.

In Battleship Greyhound, screenwriter Tom Hanks has deviated quite markedly from a classic dramaturgy in the structure of the drama surrounding the convoy's voyage across the Atlantic and The Black Pit. A common approach would be to spend much more time getting to know the "crew", in order to gradually build up the tension when it finally breaks loose. In the film, we are almost thrown into the first submarine attack at the beginning of the film.

I take it for granted that it is a conscious choice of Tom Hanks, but I am still unsure if it would not work at least as well with the classic variant. It is tempting to point out that the forest sailor by Jon Michelet with a rather related theme is the ultimate opposite in that respect.

In this type of film, it is always of great interest to know what relationship the story has to reality. And if we look at the overall plan, it must be assumed that these are fairly realistic descriptions of how convoys in the Battle of the Atlantic took place. This was hard, cold and lonely. And sometimes very brutal. And submarine groups called Wolf Packs were a very real element in that battle.

The fact that the story is a fiction is not a problem in itself. The history is full of good- and not so good fictions from World War II. I could still wish it was a little clearer that this was fiction, and not based on a documentary novel for a real convoy led by Greyhound. That would strengthen the film. The introductory text "Inspired by real events" gives a little clue, but to find out the degree of fiction, the viewer is referred to their own research. 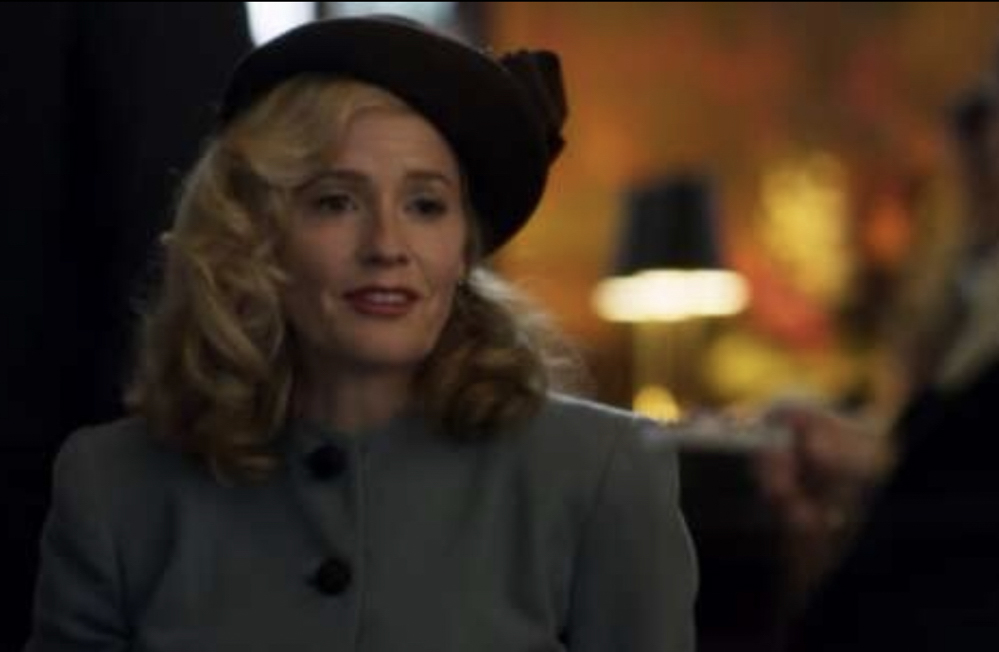 We start by mentioning that Battleship Greyhound has both Dolby Atmos soundtrack and Dolby Vision dynamic HDR. None of the parts are exploited for visual exaggerations or sonic hyper-reality that can be tempting for unattached souls in violent war scenes. There are generally quite dark images, and that underpins the realism of this type of film. Illustrative "submarine music" and constantly recurring sonar sounds are some of the instruments that strengthen the film. And the filming is masterful in places, not least with fascinating sea scenes in harsh weather.

Battleship Greyhound gets an undisputable five on the dice. It's not entirely certain that this would have been the case with a more macho actor and character in the lead role!