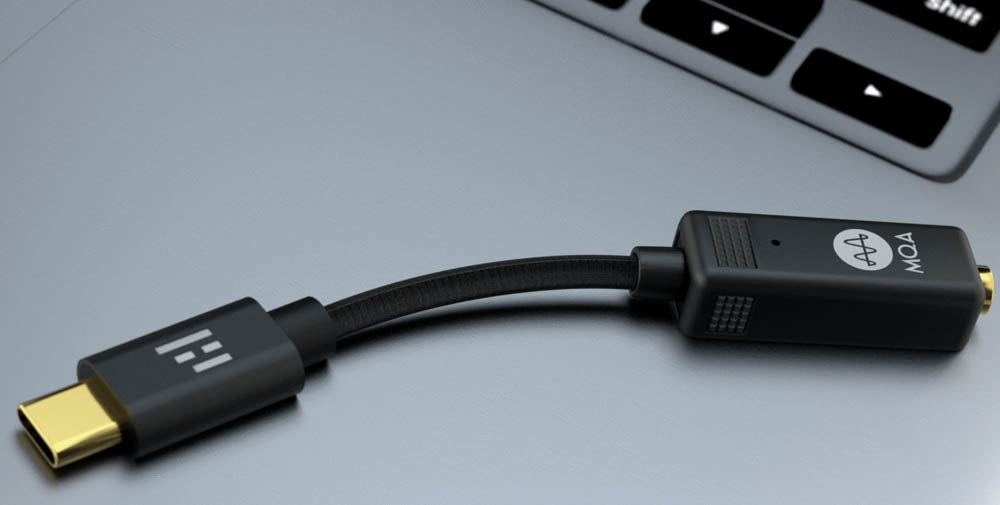 The English-American company HELM Audio launch their contribution to good sound from mobile devices when they now apply a competitor to Audioquest's Dragonfly series of pocket DACs combined with headphone amplifiers with THX certification and support for MQA. HELM BOLT competes in price with Dragonfly Black. Whether it also can measure up when it comes to sound quality, or even can breathe the more expensive models Red and Cobalt in the neck, we don`t know yet. 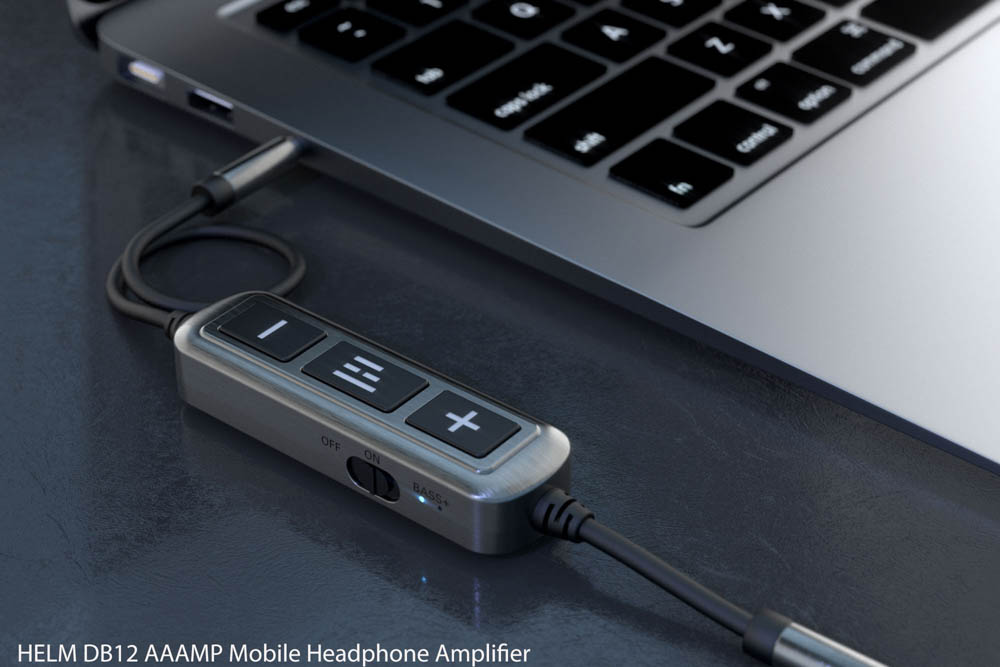 HELM Audio is a fairly new company, and was founded in 2017 by a team of industry veterans who had ambitions to create headphones and headphone-related audio equipment that will inspire enthusiasm by delivering all the nuances that the musicians and studio wanted to add to the recording, while the freedom of modern equipment their mobility, functionality and price are safeguarded.

They already have a bunch of products in the portfolio, dominated by the completely wireless earplugs HELM True Wireless 5.0 Headphones , and the wireless sports earplugs HELM Sportsband Hd Triple Driver Wireless Earphones . For wired solutions, they have also launched HELM STUDIO PLANAR Headphones , a pair of headphones that compete in price with the top wireless models from Bose, Sony, B&O and JBL, even though it will be a bit asymmetrical competition. 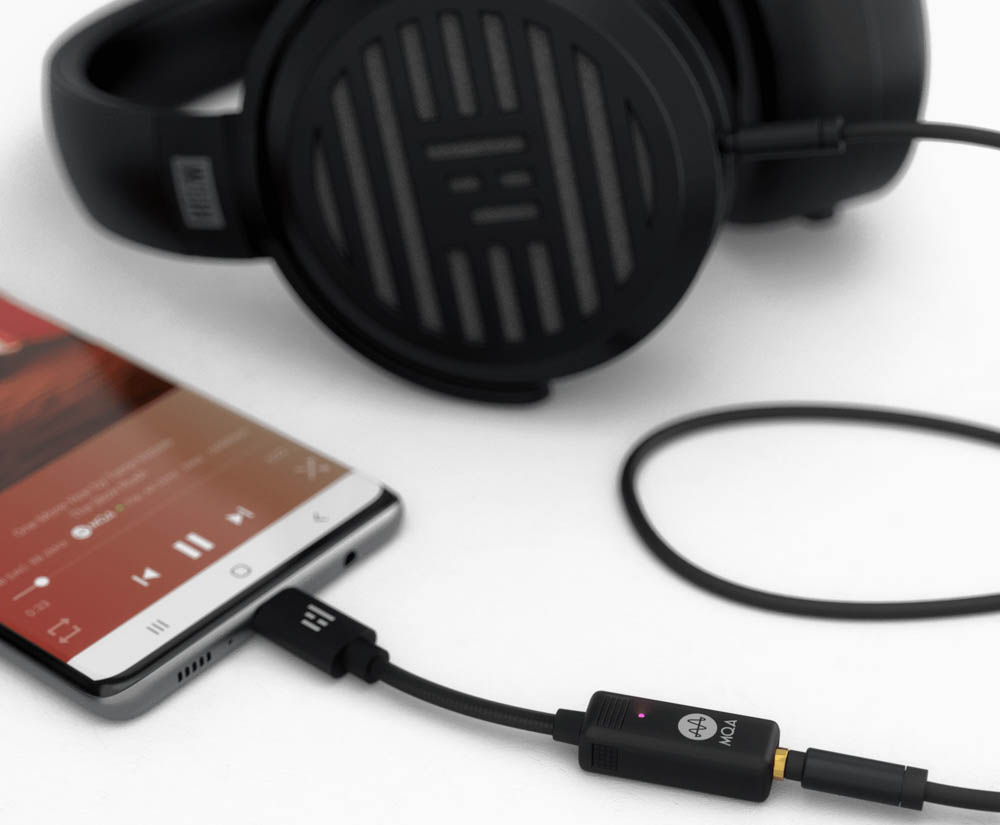 Most of us associate THX with the certification of cinemas and home theater components for good reasons. And this has been the main focus of the company that was started by George Lucas in 1983.

But like a number of other companies with success, THX has also expanded its hunting grounds, and the HeadFi sector is a segment they have been aiming at. Among other things, they have developed an amplifier technology called THX Achromatic Audio Amplifier (THX AAA ™). This has gradually been converted to a version 2 for headphone amplifiers, and it is precisely an incarnation of this that is the heart of HELM Audio's previous pocket amplifier HELM DB12 AAAMP Mobile Headphone Amplifier.

THX also carries out pure certification of headphone-related equipment, something we will witness in today's newcomer. 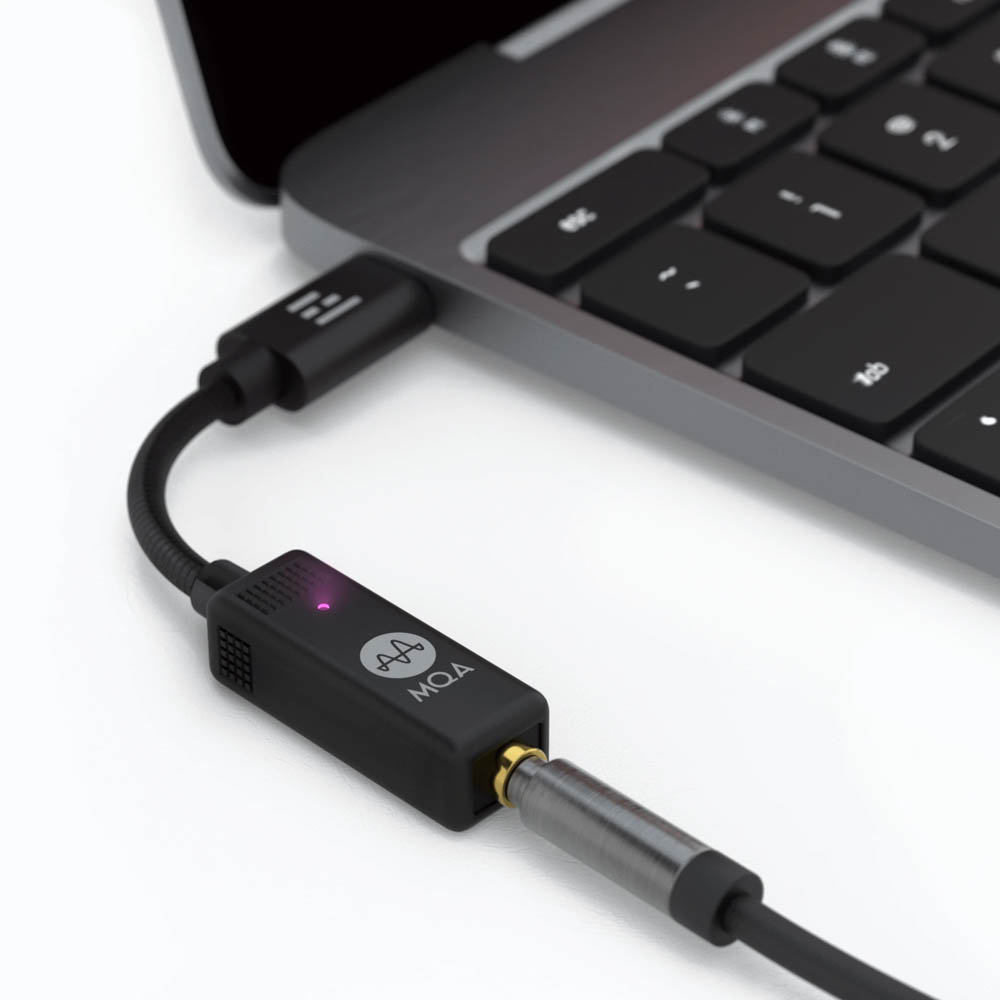 And then we have come to what this article is really about, the brand new HELM BOLT DAC/AMP. This is as the name more than suggests a combined DAC and headphone amplifier, about the same concept and shape as Audioquest's famous Dragonfly models - small pocket devices that do not need any power other than the one they steal from the mobile via the Lightning or USB-C input. And which gives a significant boost to listening from the mobile, where the size of the lift depends both on which mobile you play from, and whether you choose to put one- two- or three thousand notes in the pot to finance a Black , Red or Cobalt, respectively .

It is tempting to say that it is these three models HELM BOLT must take up the fight against, and they have a nice start by setting the price tag in the same area as the most affordable Dragonfly black, that we revied a few years ago.

And the main functionality is the same for HELM BOLT as for Dragonfly. You connect the USB-C input to a corresponding output on a Laptop or Android mobile, or to an iPhone via an Apple Photokit Lightning to a USB adapter, and further from USB-A to USB-C via the included adapter from HELM Audio.

HELM BOLT thus has both DAC and headphone amplifier, and still has a price tag that is around half of the slightly larger HELM DB12 AAAMP. In addition to the fact that this tells us the HELM BOLT is very affordable piece of equipment, it also says that it is hardly a bold assumption that you will probably get a significantly better amp in the big brother with the THX Achromatic Audio Amplifier.

And back to THX and HELM BOLT - this one has a THX certification, and THX says this about this BOLT DAC/AMP: 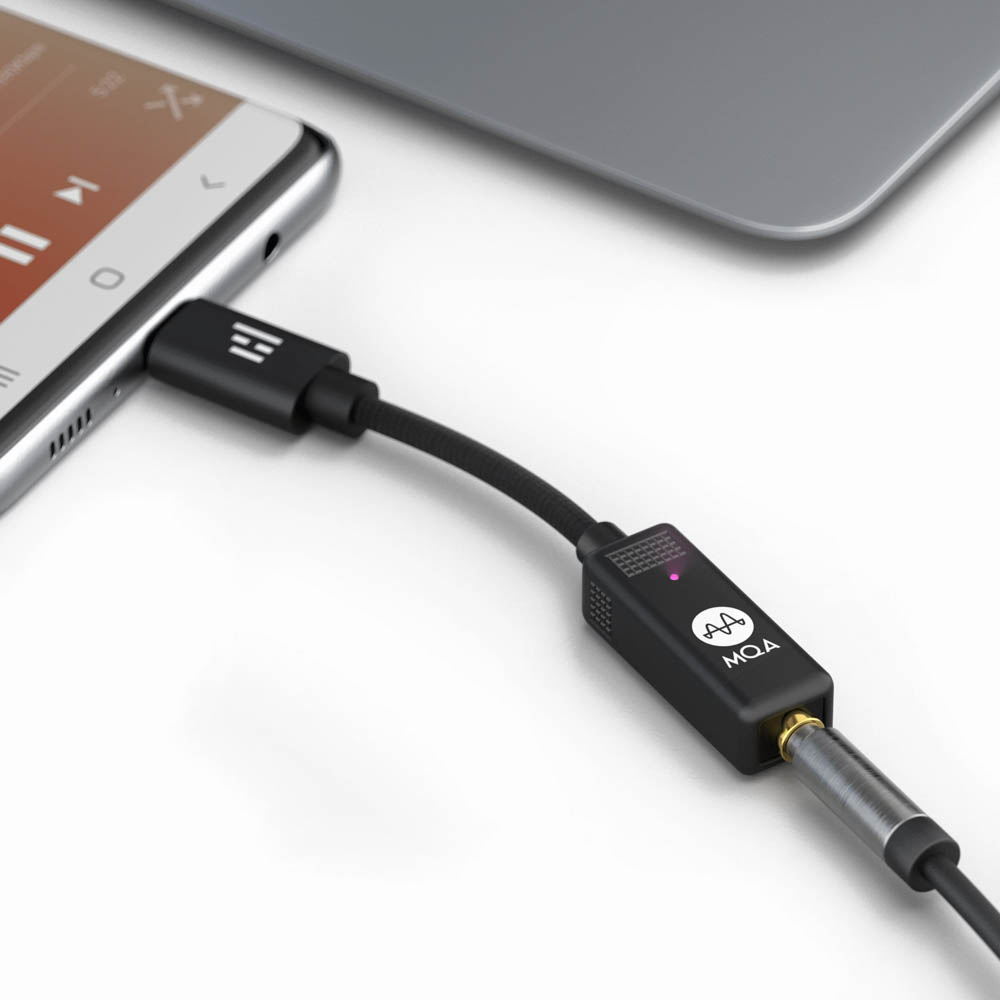 But it is not only the THX producer HELM Audio has entered into a collaboration with. MQA has also been a key partner, as has MQA for AudioQuest with their Dragonfly models. MQA support is one of the great things about HELM BOLT, and it supports MQA played directly from the TIDAL app in Windows or iOS, while you have to install the additional program USB Audio Player Pro for 75, - NOK to stream MQA from TIDAL on an Androidmobil. On the other hand, you do not need an adapter from an Android mobile, while you from an iPhone must use Apple's Lightning to USB (-A) converter + the included USB-A to USB-C adapter.

The USB-C input on the HELM BOLT supports bandwidth up to 96kHz, while HELM Audio claims to be able to play MQA files up to 384kHz. This is of course possible in that the mobile is responsible for the first unpacking up to 96 kHz, while the rest of the unpacking takes place internally in HELM BOLT's DAC. 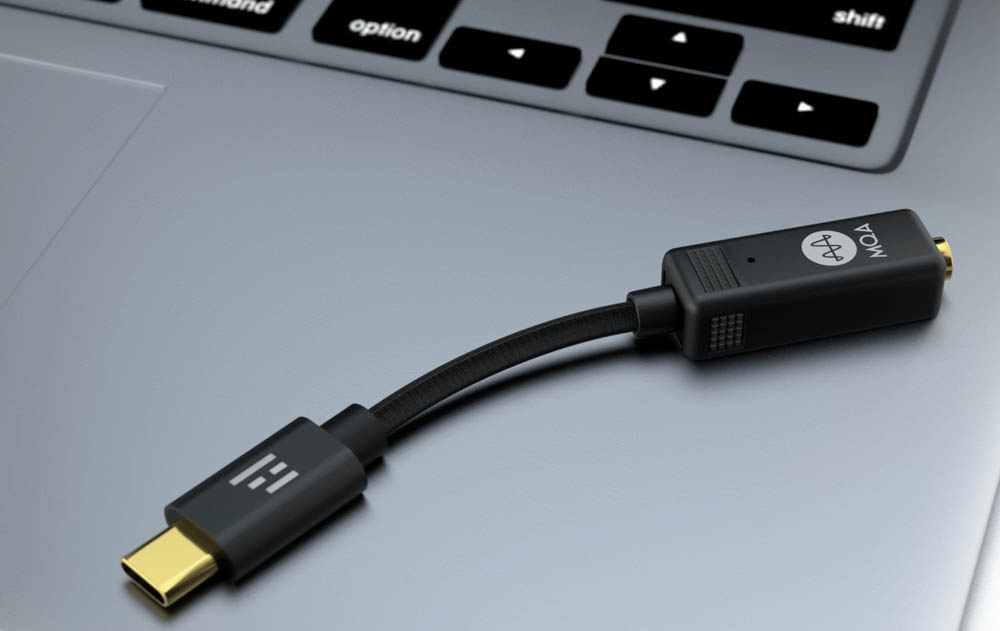 HELM Audio states that BOLT DAC/AMP is designed to be plug-and-play without having to download firmware. The device is compatible with Android, iOS, Windows, MacOS and Linux, and also provides bit-perfect playback using USB Player Pro, HF Onkyo Player, Audirvana Plus and other apps. 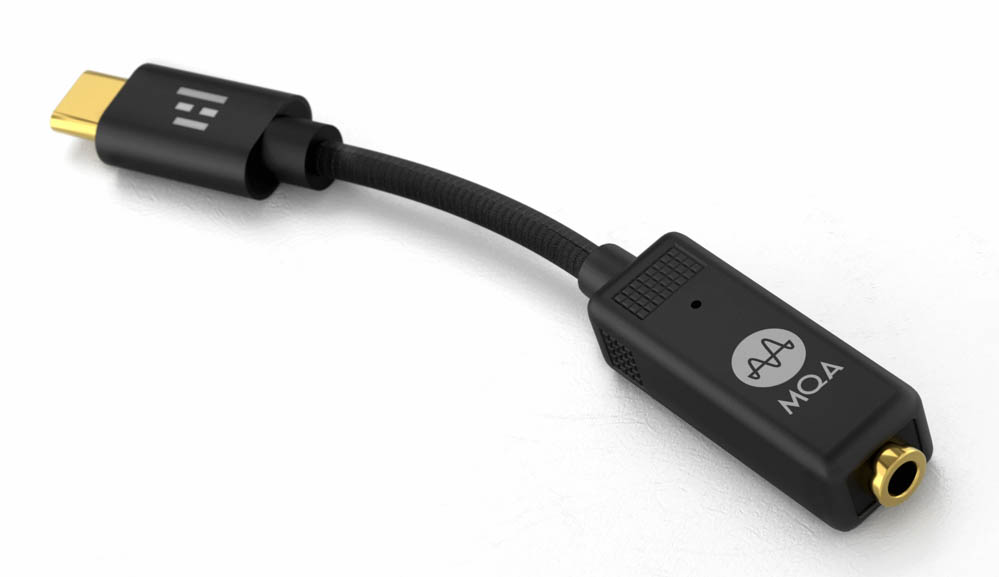 The price of the HELM BOLT is 99 USD.