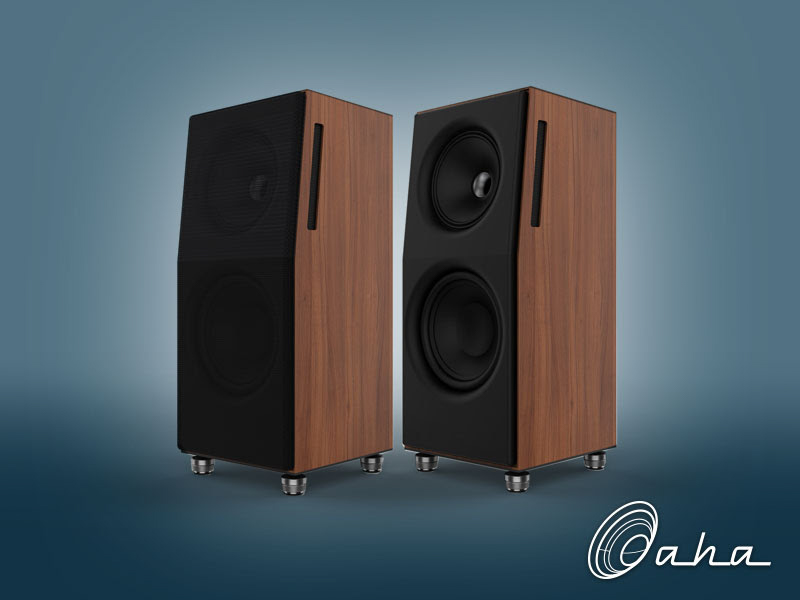 A new HighEnd speaker manufacturer with collaboration between Norwegian and Swedish HiFi veterans is on the way. We have had a listening sesssion to a pre-production set.

His partner Anders Annerstedt also has a background as a Linn dealer, and has, among other things, sold Linn facilities in High Fidelity in Karlavegen on Østermalm in Stockholm, one of the capital's Linn dealers. But Anders Annerstedt is also an architect, a profession that provides a different connection between Hegge and Annerstedt through Odd Rune's extensive interest in architecture.

Odd Rune has had this idea of ​​a speaker project for 2-3 years, and a little over a year ago the ideas began to materialiise together with Anders. During this period, they have made just under 70 different models that they have been simulated, before they have now landed on two different model series.

The production of these speakers will take place in Sweden. This is justified both in terms of cost level, and that they have found a much higher willingness to produce here.

The series are distinctly high-cost series, with what Odd Rune describes as extra high product quality on the drivers. 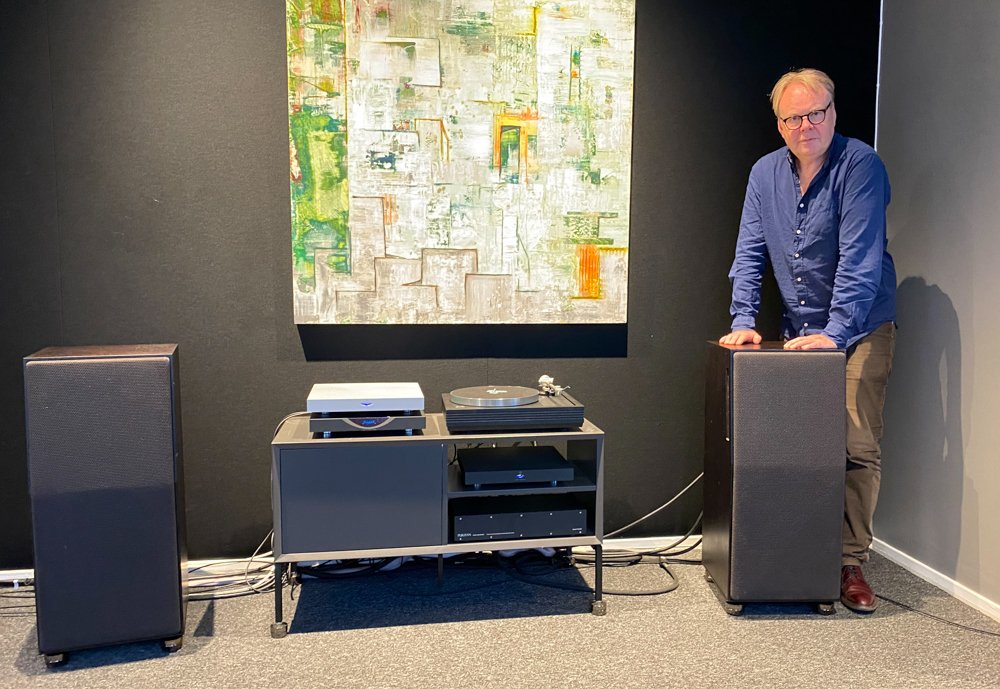 There are a number of principles and inspirational elements that form the basis for the new speakers, and these are inspirations the two designers have been sharing.

Perhaps the most important principle is that they have had a desire to defy prevailing directions that it is lifestyle considerations that govern the design. Inspired by nearly 100-year-old architectural ideas from Bauhaus where form follows function, they have let acoustic needs control the design.

Floyd Toole is an old teacher that both designers have great respect for, and Odd Rune emphasizes that Toole's principles are based on the design and construction of the speaker series. He also emphasizes minimal movement on the drivers to avoid noise and distortion as much as possible. 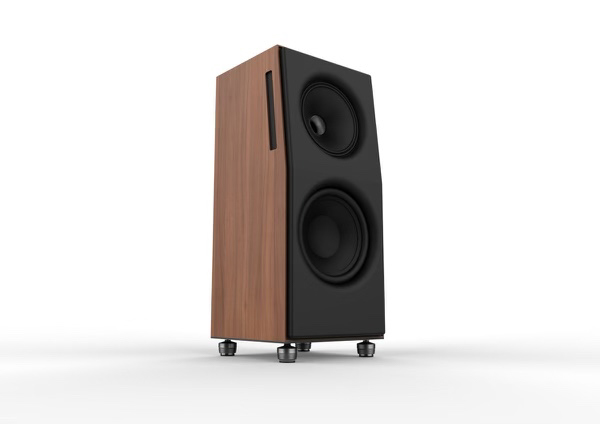 Another important mainstay is the use of point source in the frequency ranges where the sound is directional. The first models use Dual Concentric elements, which Odd Rune expresses is an important part of the product concept. The same applies to the angle of the upper part of the cabinet on the A2, which is based on an on-axis orientation of the DC element.

The first model ready for the market is a floor model named A2. This is not a slimline construction, nor would that be a possible choice. Because midrange / horn treble is a ten-inch Dual Concentric, while the bass is taken care of by a 12-inch. A2 is somewhat lower than many other floor models. This is compensated for by the fact that the DC element located in a separate section of the cabinet is tilted slightly backwards, approx. 3-4 degrees.

The midrange has a carbon fiber composite membrane, and the tweeter is made of Kapton, a material invented by Dupont. The drivers are manufactured by the German manufacturer BMS.

A2 is a bass reflex construction, where the bass port is located on the back of the cabinet. This placement is one of the 9 adjustments A-HA considers on the production models - the location of the bass gate is considered moved to a location centrally on the bass element.

The upper chamber of the cabinet also has a vent to release some frequencies. This is a somewhat unusual concept, and constitutes one of the design elements on the A2 where they are located in the front parts of the side wall. The principle of the middle register is an aperiodic valve. It is like a leaking closed cabinet, which leaks below a certain frequency (approx. 200Hz). And this concept works, according to Annerstedt.

The cabinet is made of a composite of Valchromat, Finnish Birch Plywood, and MDF. The veneer is 3mm thick, and it is veneered on both sides for stiffness. The cushioning material is a mixture of lamb wool and polyester. The cabinet is matched with a viscoelastic damping cloth. A special Swedish product .

The cabinet is mounted on four IsoAcoustics damping feet.

Annerstedt states that the frequency response in a room will be 27 Hz - 20 kHz. 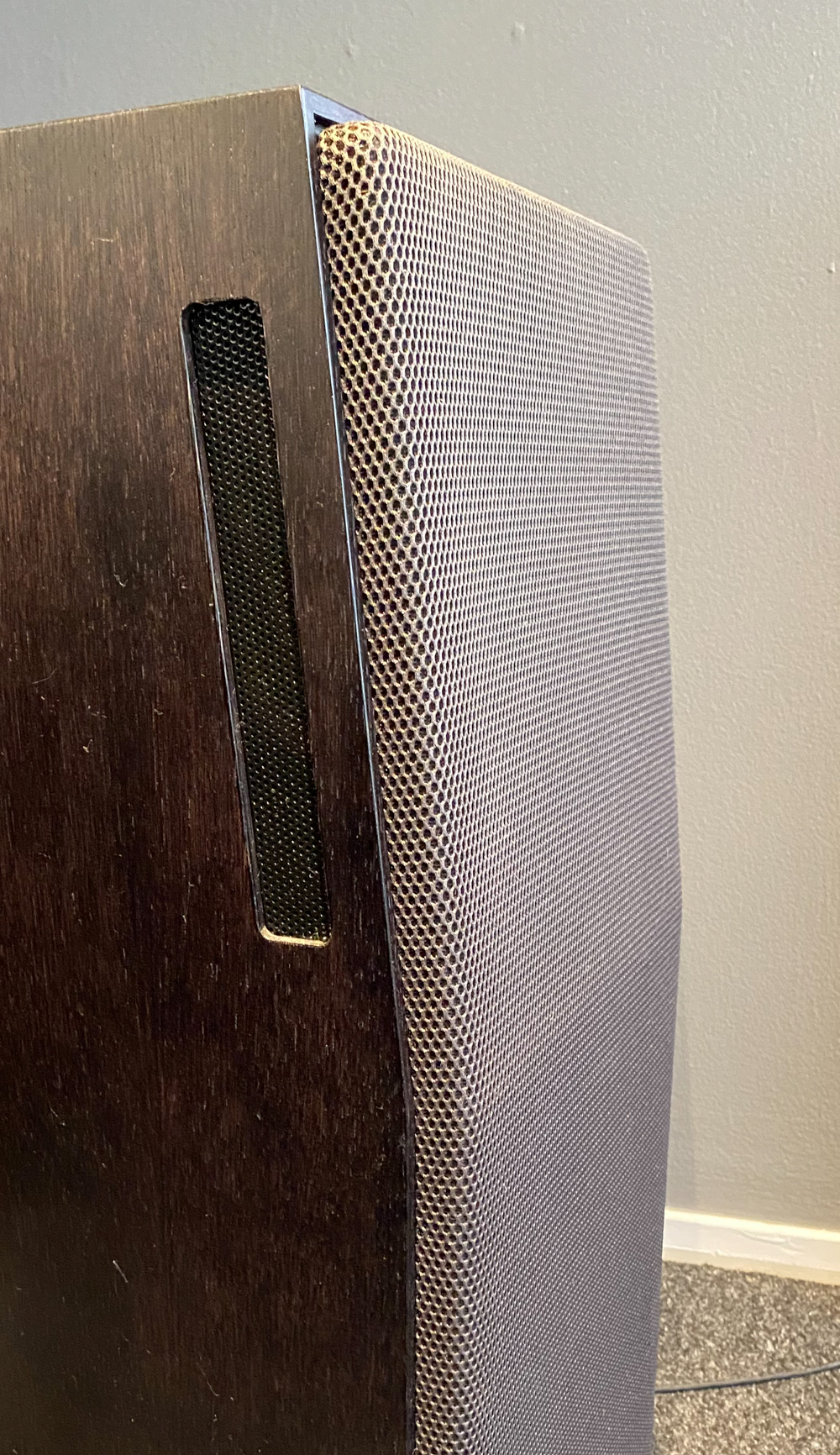 Multiple versions of A2

Several versions of A-HA A2 will be developed. This is an overview of the three versions planned:

All active speaker models will of course be able to be operated actively with an Exakt filter developed.

Exact prices for the A2 models have not been completely determined yet, but they will have a price tag of around NOK 250,000, depending on the equipment variant. The pre-production model at Eksakt Audio has a black finish, while oak and walnut will be standard finish.

Odd Rune has suggested the possibility of making later updates of crossover via software updates.

But Annerstedt-Hegge Acoustics AB also has an even more uncompromising series coming. The A1 series consists of a model that has somewhat ironically been given the model name A1 Micro. It has a 15-inch tri-axial element. And if you find that a 15-inch is a bit tingly in the bass, it may be supplemented with an A1 18 ”isobaric subwoofer. Or you may choose the A1 full-range, where the 15-inch and isobaric bass are integrated in one cabinet.

There is also an A3 model a little further out on the horizon. We have no details about this model.

Listening session of A-HA A2

It was with not so little excitement that I got a solid listening session with these pre-production copies of A-HA A2. They were set up together with a selection of Linn electronics, and with Exact crossovers.

From the very first tune taken from the album Nameless by Dominique Fils Aime, there was an extreme precision and openness in the soundscape, and it was followed up when Paul Simon played the classic Diamonds On The Sole Of Her Shoes from the album Graceland.

On the even bigger classic Walk On The Wild Side with Lou Reed, I was served an insanely precise bass with the greatest obviousness.

Antonin Dvorak's 9th Symphony conducted by Leonard Bernstein in 1986 was presented with a very large soundscape.

Of course, I had to retrieve samples from my standard test track, where Erik Friedlander's Bohemia After Dark was played with very good microdynamics. Nigel Kennedy's recomposition of Vivaldi, in which a good dose of distortion is added as a musical element, was exemplary. There are many setups that do not master to present this in a way that makes the added distortion clearly exposed in a way that separates mustache and snot, but just makes it all an inedible stew.

On various of Kari Bremnes' recordings on my test list, various characters of Kari's vocals were clearly exposed. A quick comparison between TIDAL and 24/96 on the Qobuz also gave a clear impression of more air on the same tracks on the 24/96 Lossless versions.

The overall impression of the A-HA A2 was very promising, and in no way had a distinctly bass-heavy character that one can easily be fooled into assuming by the cabinet design. Well-balanced sound, which goes effortlessly and deep in the bass, and has an extremely detailed treble reproduction. Perspective properties are also top class. These are speakers that will be very exciting to follow along their journey.

A-HA speakers are sold in Norway by Eksakt HiFI

More in this category: « Upgraded handmade top models from Erzetich
back to top