Record tasting when May is still young 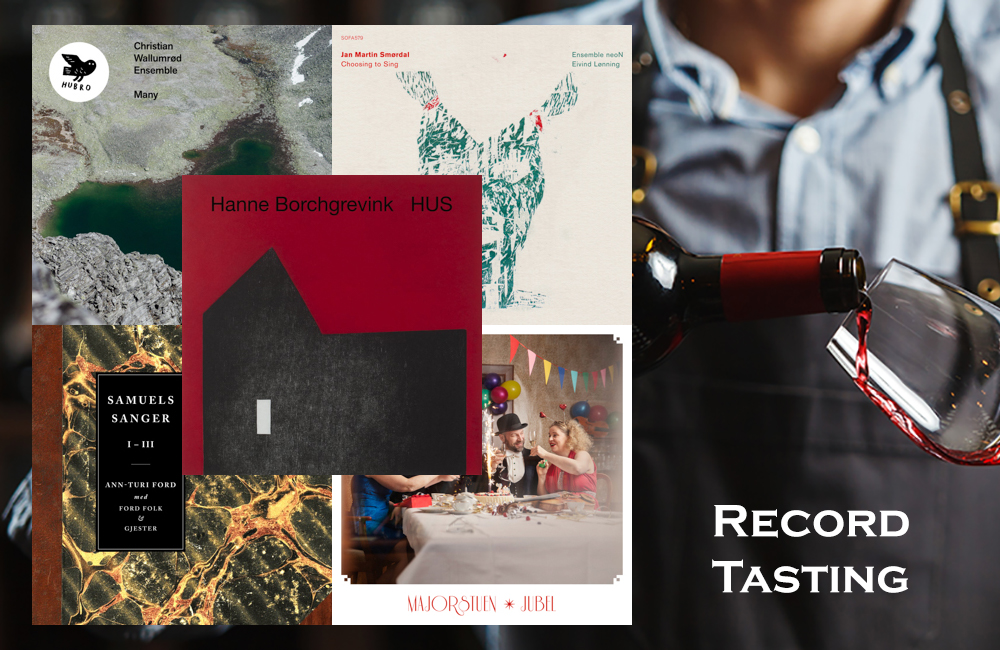 Folk and contemporary music are the two main ingredients of this week's record tasting. But as is often the case, most genre borders are provoked. Not to say all of them …

Innovative project that explores the connection between music and image 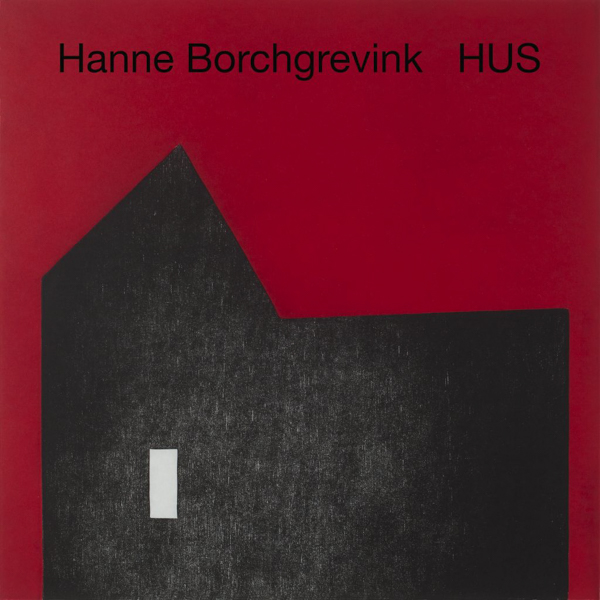 Now that she releases the CD HUS at Grappa, it is the result of an unusual art concept that ended with the exhibition LYD and BILDE (Sound and Vision) at OSL contemporary in lower Frogner in 2017. This concept consisted of inviting twelve musicians to make music with a duration of 3 minutes to 3 woodcuts on red background. And they were presented in the order light, darker, darkest. And from describing the project with Hanne Borchgrevink's own words: If several composers / musicians / sound artists reproduce the same image, will the descriptions be similar? Complete each other?

The motif in the pictures is a stylized house, a motif which is like a kind of logo for the artist and appears in an incredible number of variants in her productions.

And so does the musical contributions on the record, From Anders Jormin's lyrical jazz double bass in Tre Hus Svit , via Hild Borchrevink's greetings from the sheep bells at Hardangervidda in Husdyr , in contemporary Music in several of the compositions for contributions on folk music-related instruments the contributions of Sinikka Langeland and Per Anders Buen Garnås, for a classic joint in Red Fuge by Per Christian Revholt. We also notice that Jan Martin Smørdal also contributes on this record with the composition Three Guitars .

Then we come to the interesting and existential question that Hanne Borchgrevink asked about the contributions. Is there a common feature with the contributions, which reflects the images? I will not try to answer this question, and really this is perhaps a question that it is up to each individual to answer. My reflection is that despite a huge gap in musical direction, this CD (which is also released on LP) stands out as a great and diverse whole. And the concept seems so interesting and innovative that I reach for the top position for this exciting CD, where the packaging is also great.

Read more about HUS at Grappa

Fascinating minimalism with an enhanced expression 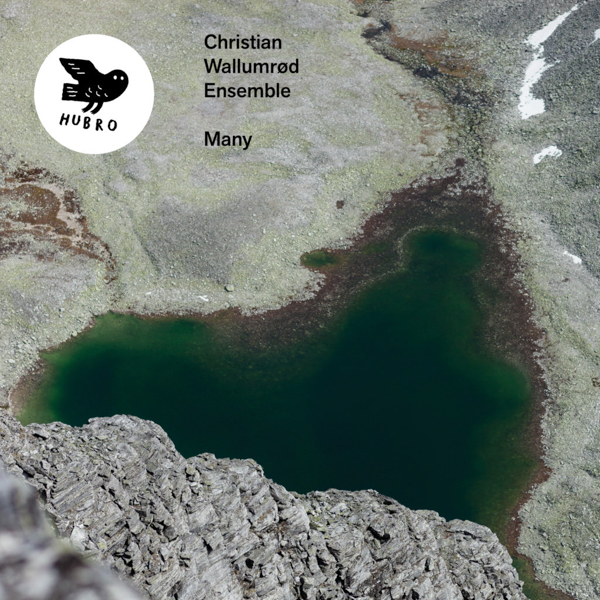 Ever since Sofienberg Variations arrived in 2003, Christian Wallumrød 's music has fascinated me with his strong and distinctive character. At that time, Arve Henriksen's trumpet and musical ideas were a significant additional musical element in the Christian Wallumrød Ensemble, but Wallumrød has gradually gained even greater dominance in the ensemble.

On the album Many is the same crew as on the previous release Kurzsam and Fulger. This differs from the previous era of ECM releases, where the crew varied slightly from release to release, but without any reason to assume that this phenomenon had anything to do with the label.

In addition to Christian Wallumrød on piano and harmonium we find Eivind Lønning on trumpet, Espen Reinertsen on saxophone Tove Törngren Brun on cello and Per Oddvar Johansen on drums and vibraphone. The latter we wrote about earlier this spring when his release The Quiet Cormorant was titled the Record of the Week.

The musical expression of the Christian Wallumrød Ensemble has been strengthened over time, and Many is one of the strongest releases. The simple, repetitive and sometimes strong rhythmically emphasized expression where the space between the notes is also important. Strong and distinctive sounds that have a crystal clear signature have gained a firm foothold.

Many is a very fascinating record that is a candidate for Christian Wallumrød Ensemble's very best release, a release where it is at least as tempting to play with the label contemporary music as the equally spacious category of jazz.

Read more about Many at Hubro . 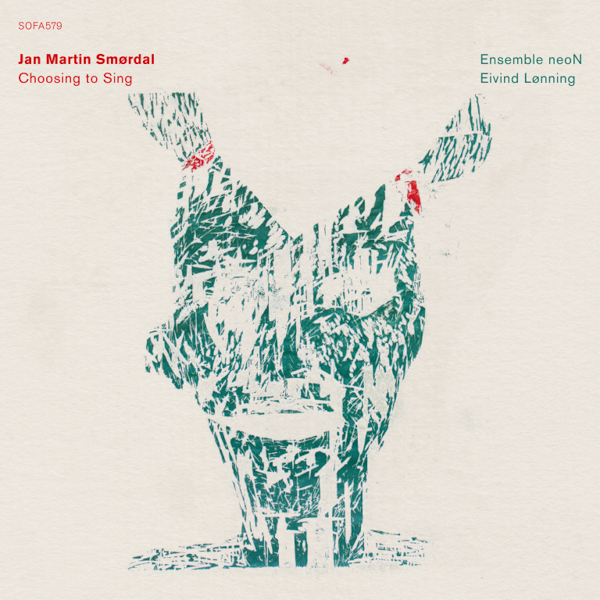 Although Jan Martin Smørdal started his career as a performing guitarist after completing his Master's at the Norwegian Academy of Music, he has gradually switched to concentrating on composition. He was instrumental in forming Ensemble neoN a little more than ten years ago, and is a significant participant in the part of contemporary music you may not stumble across very often in the hotel elevator or in a mall.

Jan Martin Smørdal contributed with the exciting composition (cure) STUDY on the album Xtended Heart & Unheard Herbs, an album that I named one of last year's 10 best albums .

Choosing To Sing is released on Sofa Music performed by the musicians of the Ensemble neoN, as well as finding the trumpeter Eivind Lønning from the release of the Christian Wallumrød Ensemble, which we have also tasted this time. And then Jan Martin Smørdal himself plays the piano and acoustic guitar. And on sinus tones!

And since we have already tasted another release in this category where Eivind Lønning is also a key participant, it is a bit tempting to compare these two releases by using them as mutual references. Because although they can roughly sort into the same main category of contemporary music, there are two very different terms that are presented on the two releases. For where Wallumrød's release Many is highly rhythmic and repetitive, there are long lines of improvisational search and bold sounds in Smørdal's Choosing To Sing. The album offers an exciting journey into an unfamiliar and sometimes surprising musical landscape.

The sound of Choosing to Sing is also one of the strengths of the album. A clear and open sound that brings out nuances in the bold sound image becomes an active partner in the release.

Read more about Choosing to Sing at Sofa Music 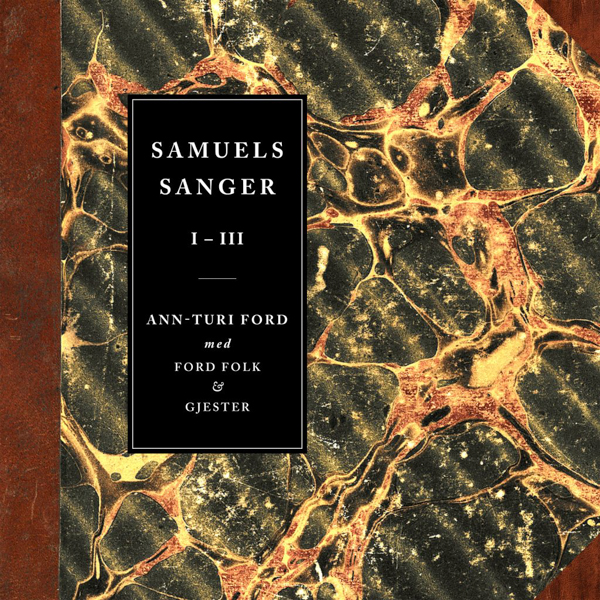 If you start fluttering nervously with your eyes when asked to tell some well-chosen anecdotes from Samuel Hansen Hellen's life, you're in good company. This collector of folk songs has so far been a fairly unknown figure in Norwegian history, despite being one of the great song collectors of the 19th century.

Ann-Turi Ford has done a terrific job of mapping Samuel's story, and the result is in the form of the book Samuel's Song, and the three CDs:

After being born on Nøtterøy in 1813, he lived for 30 years as a roamer, and partly partook of offenses on the road around Eastern Norway with his wife Sophie. This life resulted in him being sentenced to life in prison at Akershus Fortress.

And if his life story had ended there, there would hardly have been any of Samuel's Songs. But he did a complete turnaround in life, was pardoned, and got in touch with Ludvig Mathias Lindeman, who wrote down 40 songs after Samuel.

Ann-Turi Ford, together with her selected collection of musicians called Ford Folk and a number of additional musicians, have made great interpretations of the available material by Samuel Hansen Hellen. The interpretations vary somewhat in terms of expression, from what appears to be quite time-authentic to interpretations in modern arrangements. This variation in expression is in itself a quality, and yet gives a holistic expression to the release. There is a very high quality of the arrangements, which are mainly signed members of Ford Folk and other guest musicians.

There is also reason to emphasize vocal performance here. Ann -Turi Ford stands as the primary vocalist, and has a nerve in the performance, with a vocal use that easily affords associations with Tuva Syvertsen in the Valkyrien Allstars.

With Samuel Sanger I-III, Ann-Turi Ford has made a significant contribution to Norwegian music history, while also making a great collection of music with high quality events that deserve a deep dive. 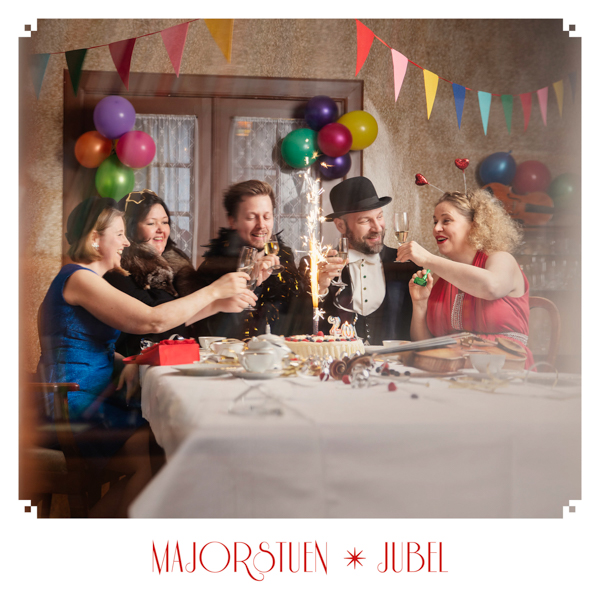 Mjorstuen has been around for 20 years, and this marks the release of an anniversary album. And farewell albums. After 20 years and 8 albums, this folk music ensemble has decided to farewll as a joint project. And they do so with the sweeping anniversary album Jubel.

All of the five participants in grout Majorstuen are fiddle players, but most of them also perform other stringed instruments, including at Jubel. Jorun Marie Kvernberg we also visited in the previous record tasting, on the album Tyttebæret based on lyrics by Aasmund Olavsson Vinje. Anders Löfberg we also visited on the album SæterSoul , where he was a guest artist on cello with the trio Vrang. The other three musicians at Jubel are Synnøve S. Bjørset on fiddle and viola, Tove Hagen on fiddle, viola and cello, and Bjørn Kåre Odde on fiddle and viola.

Although Majorstuen has always been a group with both legs deeply planted in folk music, they have constantly explored neighbouring territories. They also do so on their farewell album, where they have received contributions from jazz musician Ola Kvernberg and pop musician Thea Hjelmeland, in addition to folk musician Gjermund Larsen.

And just Ola Kvernberg's ingenious composition Sirkling is probably inevitably a strong candidate to be my favorite tune on this album. The tune is characterized by being composed by a jazz-playing jazz musician, although there are strong folk music genes here as well.

Thea Hjelmeland's composition Venterom also stands out as a great landmark on Jubel.

Not surprisingly, it is Tor Magne Hallibakken at Hallibakken Sound Production who is responsible for the recording. The sound has the high quality we have gradually become accustomed to from his hand on folk-based productions.

Read more about Jubel at Majorstuen