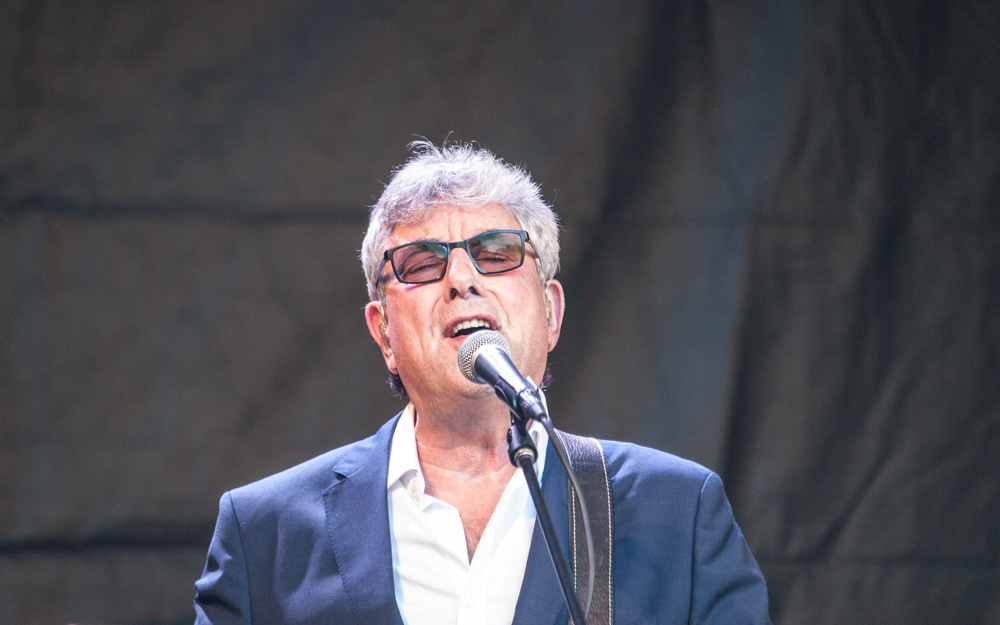 There is something almost unnatural with this setting - 10cc in Alvøen sound almost as surreal as if Rolling Stones were playing at the local stage on Bremsnes. or Bruhagen. And believe me - I`ve been there nearly half a century ago, but Stones didn`t make it.

But 10cc was there this lovely Friday night at gorgeous Alvøen. And although it was 10cc being the main attraction this evening, I can not bypass Alvøen. A gem in Bergen fringe, where the main building is from 1797 and was the heart of now defunct Alvøen mill. Whoever has not yet experienced this gem fifteen minutes west of the city center of Bergen should put it on the shortlist for a suitable opportunity. The whole village Alvøen is a pearl at the national level, where in addition to the manor and the old factory environment you may wander between the idyllic old workers' houses. 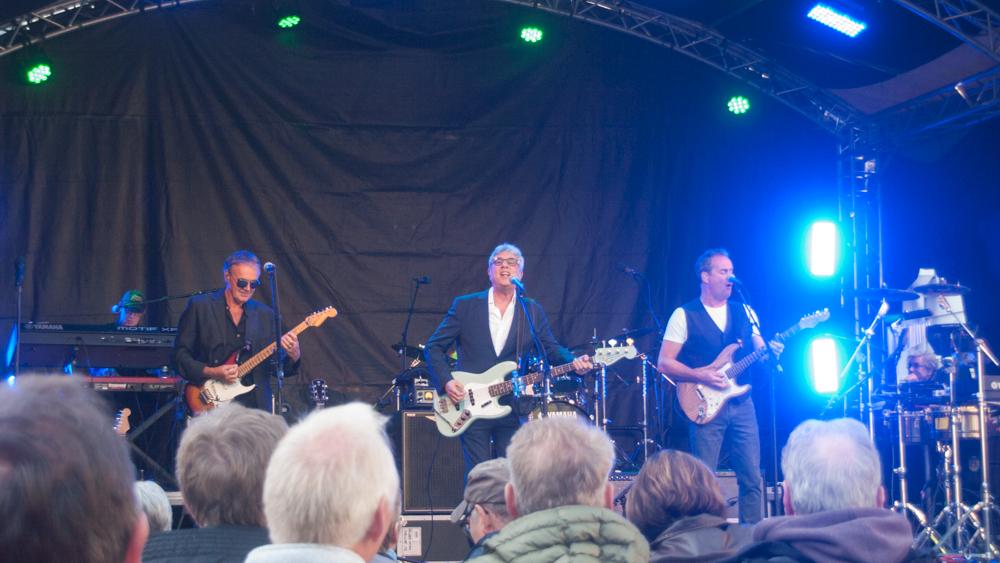 But the probability of hitting the 10cc on Alvøen another time is extremely minimal. And it's time to present the 2016 edition of 10cc. Of the original quartet that started up in 1972 only Graham Gouldman remain, although it is not at all "only". Gouldman had a track record of prior 10cc as a songwriter, and is responsible for oldies as "No milk today" and songs from the Hollies. The others from the original band who started 10cc was Eric Stewart, Kevin Godley and Lol Creme. Eric Stewart had a unique voice, and it is difficult to avoid missing him on an evening with 10cc. At least before you enter the show, because when the music starts and you really get carried away with this group with mature musicians performing. Cause even if you initially might think that 10cc without Eric Stewart is a bit like Wings without Paul McCartney (and no - the comparison is not entirely coincidental). Or as Mothers of Invention without Frank Zappa. Or like ... .. forget it. 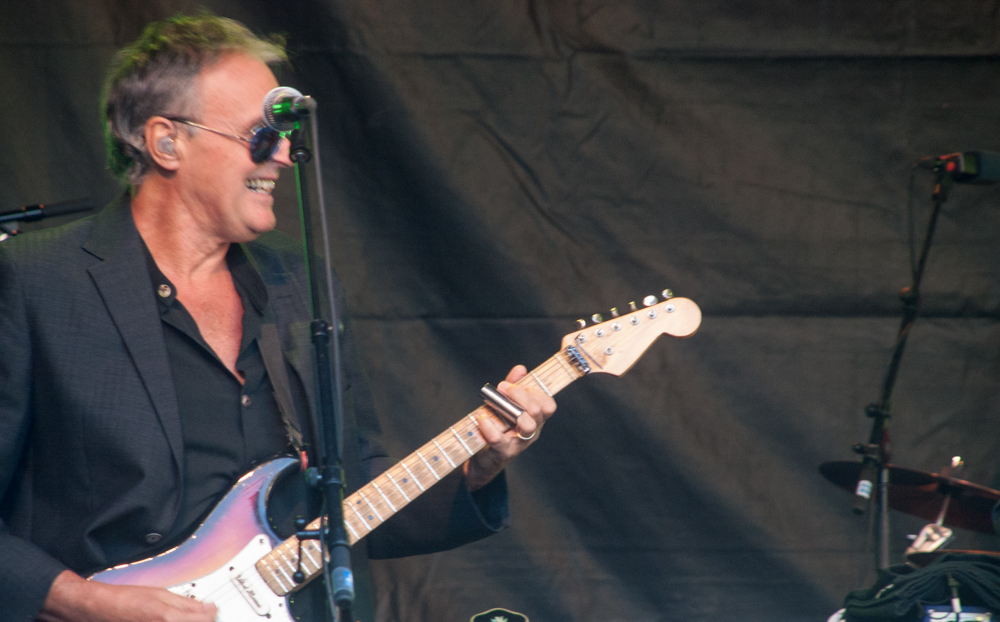 10cc of 2016 is a brilliant experience, at least in Alvøen. Instead of focusing on that Eric Stewart is not included, nor Godley - Creme, who proceeded to be the most creative part of 10cc from `72 to they left 10cc in 1975, we had the pleasure ofexperienceing Rick Fenn on guitar. Along with Graham Gouldman he was undeniably the star this evening, and provided great guitar playing. He joined the bandfrom 1977, after Deceptive Bends. Drummer Paul Burgess was also very pronounced this evening at Alvøen and he replaced Kevin Godley on Deceptive Bends in `76. Actually a little imprecise, because he was with as a backup drummer on tour already from 1973. Mick Wilson had the brutal task of replacing Eric Stewart on vocals and did a good job. Last Man in 10cc on Alvøen is keyboardist Mike Stevens, and is the only one who was not in the band in the 70s. But what does that matter, when you treat the keys like Stevens.

It would have been Close to scandal if 10cc had not opened an evening like this with "Wall Street Shuffle". One of 10cc`s greatest hits from their second album "Sheet Music", and created to set the atmosphere and mood with a kickstart. Monitored by a terrific rendition of "The Things We Do for Love" from Deceptive Bends, the atmosphere was assured. And it was on top from a not surprisingly relatively mature audience this evening in June, a crowd that also appreciated the following "Good Morning Judge" from the same album.

"Art for Arts Sake" is a highly profiled tune, and is taken from the album "How Dare You". But it has not quite been among my favorites. Before tonight, for this the performance was a touch more rocking and hard hitting, and it did the trick. Have I mentioned that my foot worked hard most of the time this evening, from Wall Street Shuffle? And the combination Rick Fenn and Paul Burgess has a dominant share of the blame. 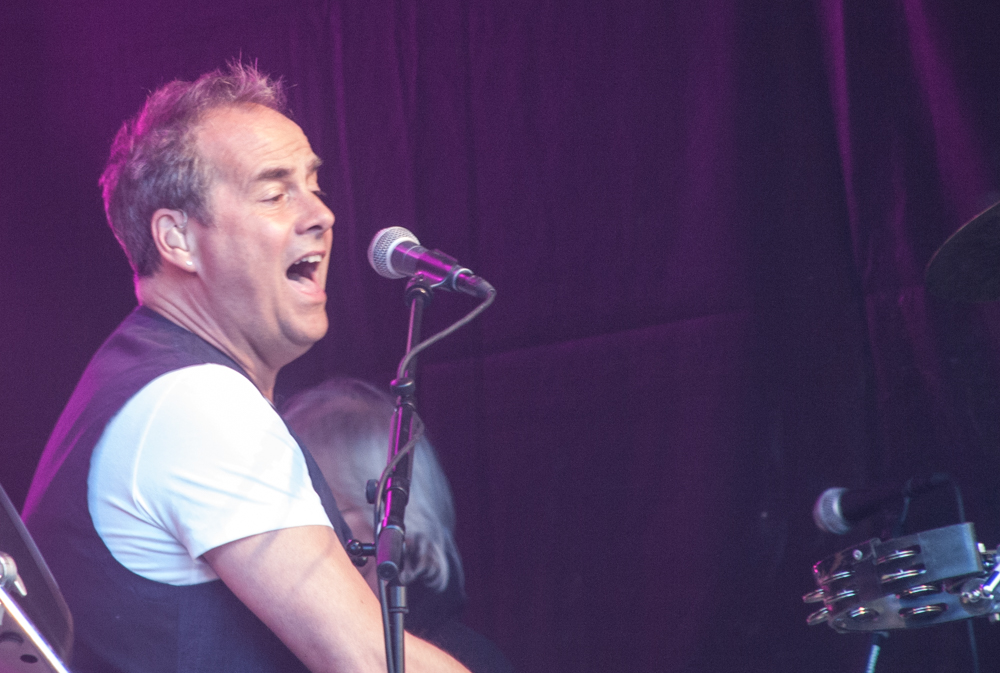 I had three obvious expectations for this evening. That is - it was really two obvious expectations, and a secret hope. And the secret hope was "Feel the Benefit" which for me is 10cc`s "all time high". And of course it was fulfilled. Feel the Benefit is a kind of symphonic work with many musical changes, from "first act" with lyrical vocal works to the more hectic and ever-changing 2nd and 3rd "movement". This was delivered without disappointment, even with some cautious reinterpreting. But by all means - cautious, very cautious. The highlight was, however, that the elegant crossfades back to first movement was in place also in this live performance. f it had been absent, it would have ruined the entire evening ...

And as a pure bonus Rick Fenn revealed what is the reason for this somewhat intriguing title, with an equally devious text. The title "Feel the Benefit" simply refers to Graham Gouldman`s mother's constant admonitions in his childhood, that he had to take off the coat while he was inside. "Because if else, You won`t feel the benefit When you go out in the could again. Fantastic! And really just the same elementary teachings as we all had in childhood, but only Graham Gouldman was able to turn it into one of the major prog-rock works from the 70s, even though we may have grown up in the same period. And Graham Gouldman`s mother comes supposedly with the same admonitions even in 2016! Unvelievable. Now we know the meaning of the line: "You can walk out in the street and take Your chances, but if You do You better do it right, or else you wont feel the benefit". I have always wondered what this is all about. And now I know, its about a coat!

And of course there was "I`m not in love" - the last of the great works from 10cc who only had to be there this evening. This had an insane complicated birth when it came to the world in connection with 10cc her third studio album The Original Soundtrack. Delivered from author Stewart it had the a completely different character, a bit bossanova. It got a underwhelming reception from the bandmenbers, and the creative gang launched a frenzied process where they were prejudicing the sampling era, and created a multi-track recording with a background choir consisting of 640 unanimous voices, which consisted of this quartet. This is as a backdrop to this tune in the studio Version of perhaps 10cc`s biggest hit. It worked very well also live in 2016, albeit in a different guise. 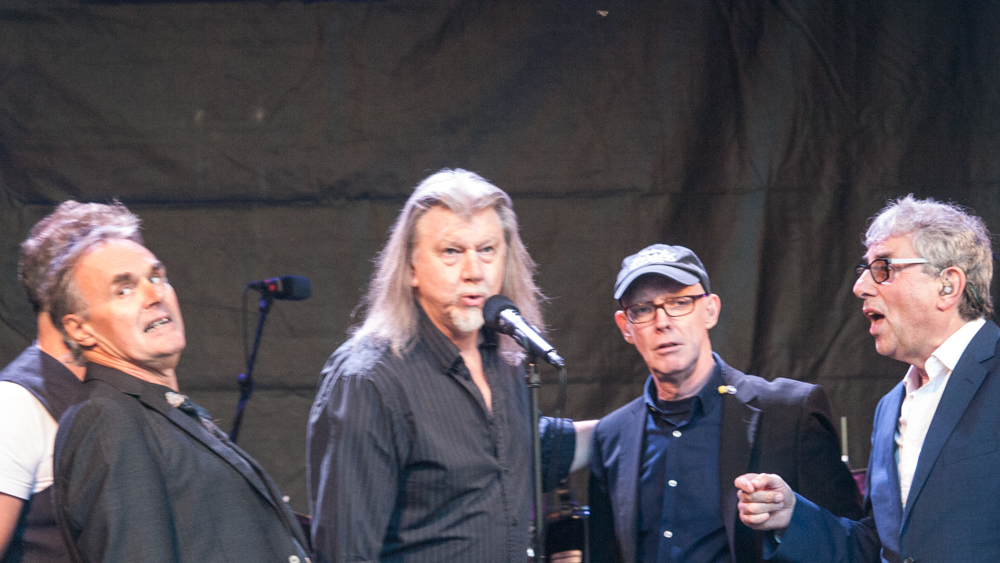 "Dreadlock Holiday" was also one of the highlight of the evening, not to mention a capella version of one of 10cc`s earliest tunes - Donna. A nice experience, not least when the otherwise silent drummer Paul Burgess came in.

There is no doubt that this evening exceeded my somewhat uncertain expectations by a wide margin. It's probably strongly due to the fact that this is a great bunch that are still very dedicated to what they are doing on stage. It is played with high precision also in 2016, and it is a prerequisite. 10cc without precision seems completely pointless, as this element is what 10cc is all about. But precision is not suficcient, and what really is the winning combination for 10cc, is that this precision is combined with high playing pleasure. 10cc seemed to have a lot of fun on stage at Alvøen Manor 10 June 2016. And it is this combination that makes 10cc may escape without being appreciably innovative in its recreation of old merits. After all, the Public came to reexperience the 70s!