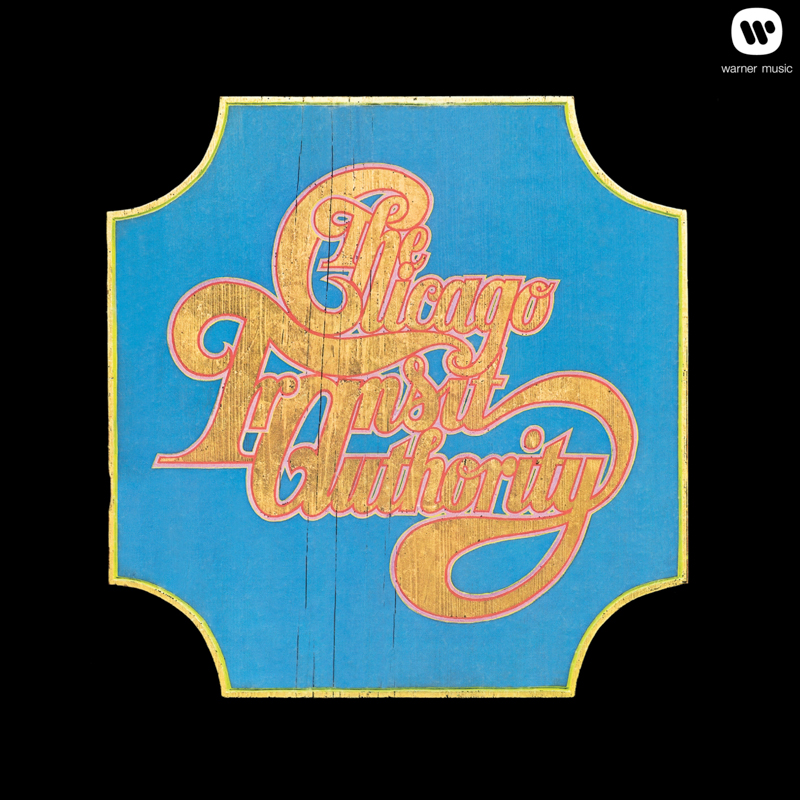 This is the first article in a series of 36, after I decided to write about Chicago's official records published during the 45 years since 1969 and all articles will be published on Sunday. So stay tuned ....

Earlier this summer I wrote about Chicago's latest studio album, "NOW" Chicago XXXVI, and went with quite a bit of time to delve into the history, both the one I previously belong to, and the one that has passed me by. This got me up early to play with the idea to create a complete series of reviews of all the official albums that Chicago has released. This stems not in an undivided enthusiasm for everything that has happened in- and with Chicago over the years. Perhaps more a need to analyze what happened - and why.

Admittedly, I long thought that this was an album of Chicago called Transit Authority , while it actually was the band which at the time was called Chicago Transit authorty . And the album by the same name. It was a very fresh efforts after the producer James William Guercio had bet on these guys formerly known as The Big Thing. They consisted of a mix of trained musicians in the brass section, which consisted of James Pankow on trombone, Lee Loughnane on trumpet, and Walt Parazider on saxophone and flute. They had teamed up with the more rocky Terry Kath on guitar, Robert Lamm on keyboards, Danny Seraphine on drums and Peter Cetera on bass. And Kath, Lamm and Cetera were all dominant vocalists, with rather different nature of the voice, which was one of Chicago's many strengths.

The album Chicago Transit Authority was a fresh and bold investment in many ways. Firstly, it was sensational start with a double album (double LP). This kind was normally reserved for Live-releases and album far out in the range from well-established artists in the music market. The musical style was also a bold initiative. Hornsection on pop / rock releases was not the usual fare, and here there was a pretty big part of the songs that were not particularly main-stream. "Prog-rock with horn" was really the most adequate stall for much of the material on the Chicago Transit Authority , and not jazz-rock music which otherwise has often gone under. But the music on the Chicago Transit Authority had quite a big range, which must be attributed to many creative souls in a big band. And this scope would later prove to take Chicago in a direction that not everyone that was a fan in the beginning appreciated.

Although we should not anticipate the course of events, it is tempting to already focus a little on the musical scope. Seen from the vantage point of 2014, there are many of the songs in the album Chicago Transit Authority that are still highly topical in the live repertoire, while others are skipped. And with the exception of I`m a man on the original page 3, are all hits on "Disc 1". With the exception of Introduction, all songs on disc one are written by Robert Lamm, Chicago's leading figure over the years. In fairness it should be said that the opening act Introduction occasionally is found at concerts, and rightly so - this is a monster tune, even without Terry Kath's participation! And on the other hand, I do not know why Robert Lamm's song Poem 58 is present on any live recording.

As a summary, Chicago Transit Authority  is  a highly successful album musically. It is obvious among the best Chicago albums ever, and is also in my ears strong contender for "Best ever studio album by Chicago" , along with "Chicago V"

The discussion of the Chicago Transit Authority is based on download files in resolution 24bit / 192kHz. I do not know the history of this HighRes release, but expect that it is based on a new digital processing of content directly from the analog master tapes.

The quality of sound is dominated by two factors. Sound balance is far from optimal, and it is particularly noticeable in wispy horn when these play as "whole." In the first part of the Introduction, this is particularly evident. But it's not just horn section that is slim and missing body - this phenomenon permeates the sound on the whole album to a greater or lesser degree, at least in this 24/192-bottling.

In stark contrast to this is a very good rendition of the solo instruments and the same horns both as relatively rich, and otherwise with very good precision and perspective further out in song. The bass is also very good for much of the album. That is a distinct and punchy bass that is not wooly. Also, the dynamics appear to be good.

For the nerds: Comments and notes for each song:

Beautiful and bold composition, particularly daring as opening track on their debut album.
Sound is wispy horn In the first part, but outstanding as solo instruments. Especially James Pankow his trombone.

2 Does anybody really know what time it is.
Mark: 5.
Written and sung by Robert Lamm .

This has been one of the regulars at Chicago on "Greatest hits" and concerts. It starts with a wonderfully delightful piano intro by Robert Lam. Fantastic because it is very uvirtous, but rather seeking. However, with the exception of the Carnegie Hall concert in Chicago IV, it has been dropped. Also on the new studio recording that was The Nashville Sessions Wille which was released in 2013, despite the fact that this recording has the ambition to sound most similar oiginalopptakene.

Tracks little slim, especially blowers This is a song that is also something played in a concert context, but not among the most commonly used. Very good perspective and åpoenhet on soloperkusjoner in the end.

A great song. The sound of horn section a little better than on Introduction.

Great song with some intricate blowing event in some sections.

But Terry Kath's guitar playing is quite dominant here. As a two-piece suite. The first song where blowing railing on leave in large part - specifically Part 1.

It is recorded in a "take" as a natural feedback session, without any artificial processing. This track was originally Jimi Hendrix to state that Terry Kath was better at playing guitar than himself ...

A real show-off for Terry Cath as a guitarist, and one of my definite favorite songs.

Dominated by the guitar playing of Terry Kath.

More in this category: « Record Review and Portrait: "NOW" Chicago XXXVI - And then ... RECORD REVIEW: Josah - Dipole »
back to top