The Bergen band Ugler i Mosen release a CD with dialect-prog. At least this is their own characteristics, but is it real? 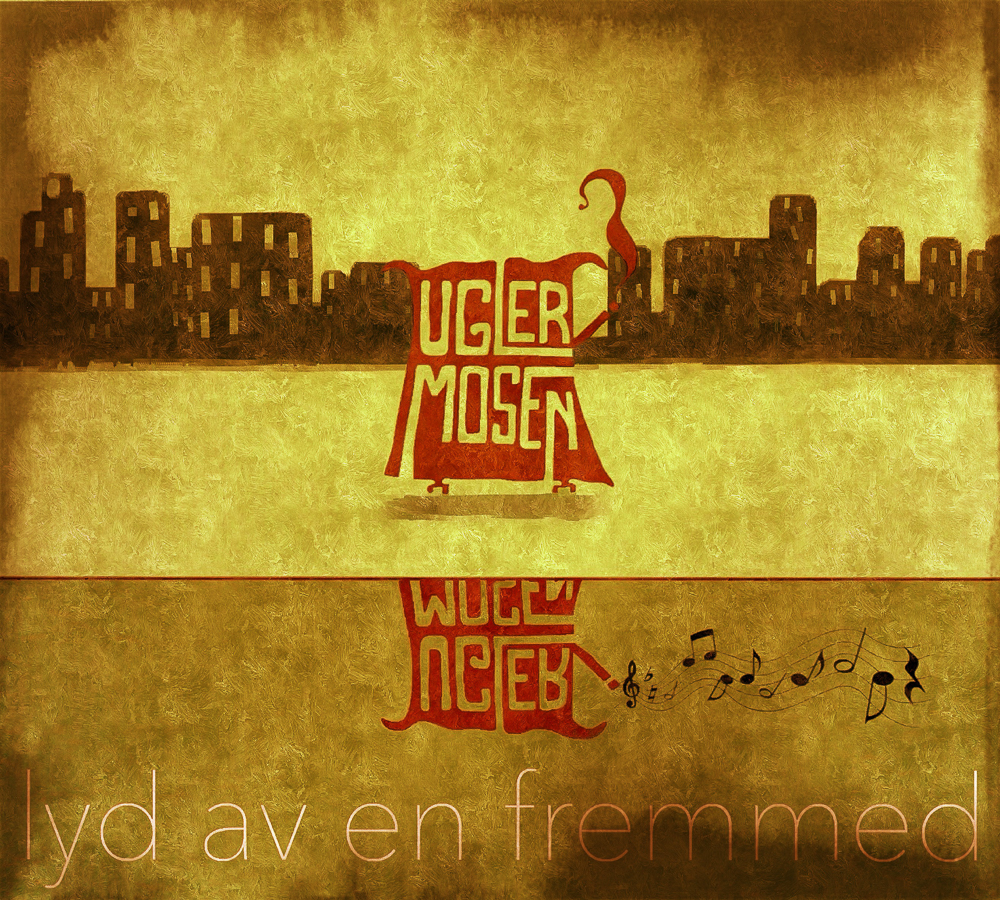 I am tempted to gaze back to a CD I reviewed last fall when I listen to this album Sound of A Stranger . Josah`s latest CD Dipole had like Owls in the moss strong roots from the 70's and 80's prog-rock. But despite that both Josah and Ugler i Mosen has their base in western part of Norway, there is so much that distinguishes that it is just fine to leave this track.

Time for a presentation of the band. This is a bunch of musicians who have played together for a while, as diversion from other bands they play in. The band has been a kind of musical sanctuary where they have been able to play less main-stream music.

Rune and Morten Foss have roots from Åsane and Nordhordland, and run Foss Music at Frekhaug. Rune is the vocalist, and not just any vocalist. Morten Foss is guitarist, and has written a large part of the songs on the album. The other guitarist - Terje Tjervåg - also plays several other instruments, such as banjo, keyboards and trombone, In addition to that he also sings.

Rhythm Section in Ugler i Mosen consist of Marius Mathisen and Dag Ask. Marius plays drums, and is originally from Lillehammer. Bassist Dag Ask has otherwise experience from among others Det Skandaløse Orkester (The Scandalous Orchestra), a highly Zappa inspired band in Bergen, who also released their debut album during the past year.

The music on the sound of a stranger has some distinctive features. First and foremost, it is to be denied that Rune Foss` very distinctive vocal puts a powerful imprint on more or less all of the songs. It must be admitted that I needed some time to absorb this voice, but after repeated listening through the album, this voice has grown to be a strength, and a strong characteristic of the music. It is sung at pure Bergen dialect, causing the band to resort to the concept of dialect-prog. And they also draw a comparison with Jan Eggum, which at the same time seems meaningful and is misleading. The link to Eggum makes sense in terms of that one can get a little Eggum associations of mood of the music and vocals.

But the musical form is of course in a completely different universe than Eggum. We are talking about Prog-rock that gives me 70s-associations. Writer colleague Arve hinted a gentle link to the "trønder" band Ruphus, and I nodded in recognition, but also with the suffix "cautious." For there are also very large differences, resulting in a need to look further for musical references.

If we have a slightly more analytical approach to the topic, it is very evident that the music relies much more on dense, interwoven arrangements with good discipline and high instrumental skills. Here are few- or no virtuosic solos stealing the show, like a great part of the prog bands from the 70s could be dominated by. But the concept of disciplined cooperations focusing on group performance was also a direction known from the 70s progt-rock.

I mentioned earlier that there are good instrumental performances here. In addition there is a distinctly homogeneous character throughout the album. This is an absolute strength that an offer distinct characteristics, but it might also be a concideration if not the album as a whole had been strengthened even more with some even clearer variations in tempo and temperament?

Of highlights on the album I will highlight the opening tracks Alle Famler and Den Fremmede. The former song has also been released as a single last year. But also Femtende Gang and Ugler i Mosen midway in the album are great songs, which only gets surpassed by the quieter end song Duen Min. 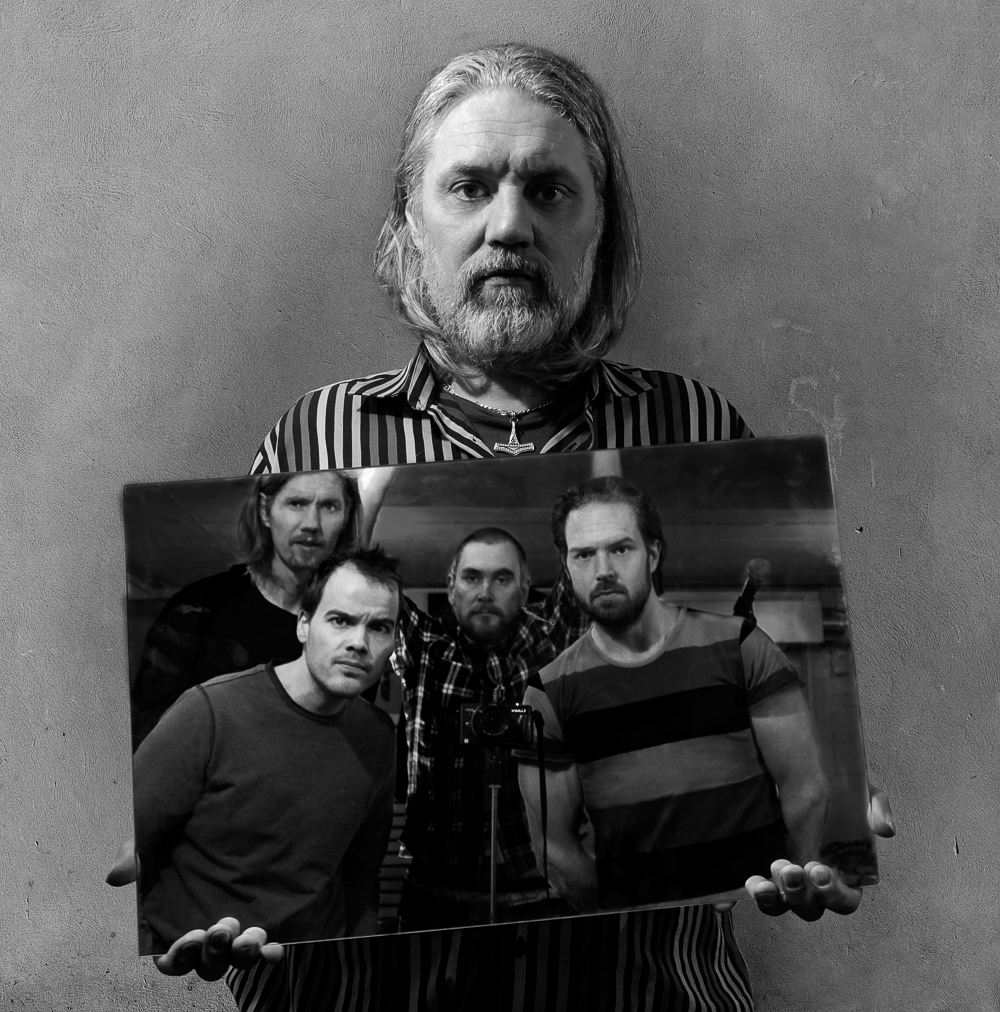 Before we talk about the sound I need also to praise Ugler i Mosen that they have spent money on a cover in an appealing double digipack quality, a bit similar to releases from KKV.

This record is released on Mors Kjeller Records (Mothers Basement Records). The name could basically form the basis for some uncertainty about the quality, but this turned out to be totally unfounded. Despite Ugler i mosen use guitars with somewhat dirty sound on some of the tracks, the sound quality is very good. It is an almost startling good stereo perspective on many of the tunes, which also writer colleague Arve experienced with great enthusiasm when the disc was recorded in an editorial gathering in Audiophile.no about a week ago. "Dice five" was suggested, until we had to acknowledge that we are not rolling dice in Audiophile.no.

But also in the exercise dynamics it is certainly approved. Now it's so far not the very large dynamic variations in this music, but it still seems as if the micro dynamics are very well cared for, in terms of low dynamic compression. 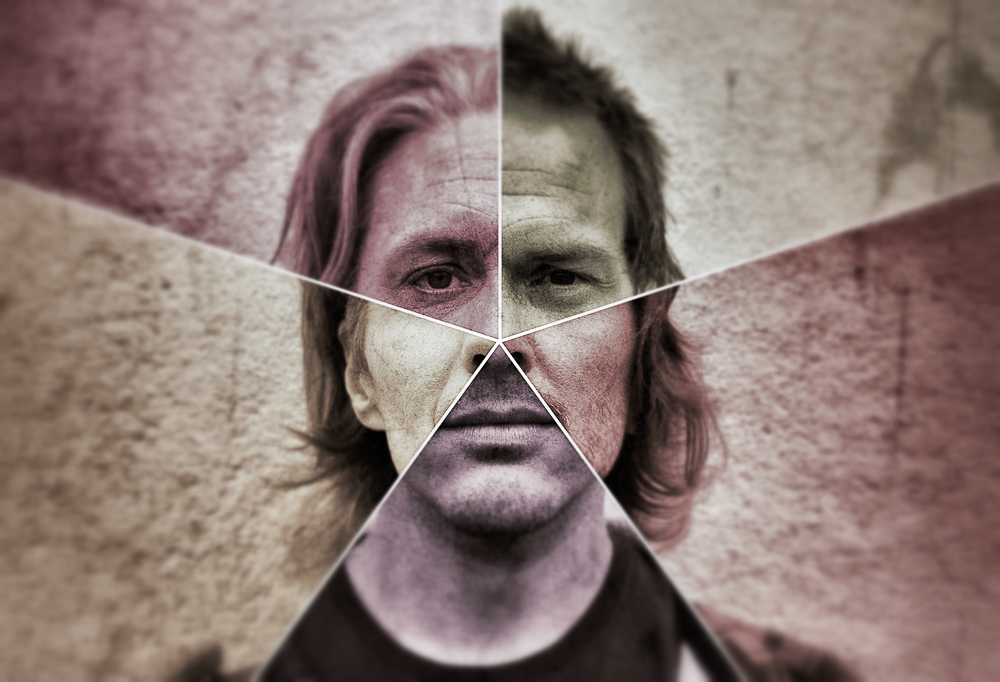 Most of us remember very well the concept "Trønderrock", which had its great period of 70s. Åge Aleksandersen, Sambandet, Terje Tysland and not least Prudence was hard-core elements. I am tempted to say that Ugler i Mosen`s album Lyd av en Fremmed in a similar manner form a distinctive brand point in what might be called the Bergen-prog. And then we all know that people for Trøndelag and from Bergen are very different peoples, also musically.

Ugler i Mosen has with his debut album made a very solid musical contribution. And it stand out from the main stream in such a way that prog-rock fans from Bergen has every reason to become acquainted with this band. Perhaps already at the release concert on Inside Rock Café in Bergen on 13 February?

Read more about Ugler i Mosen

More in this category: « Belafonte in Carniege Hall RECORD REVIEW: We Float - Silence »
back to top