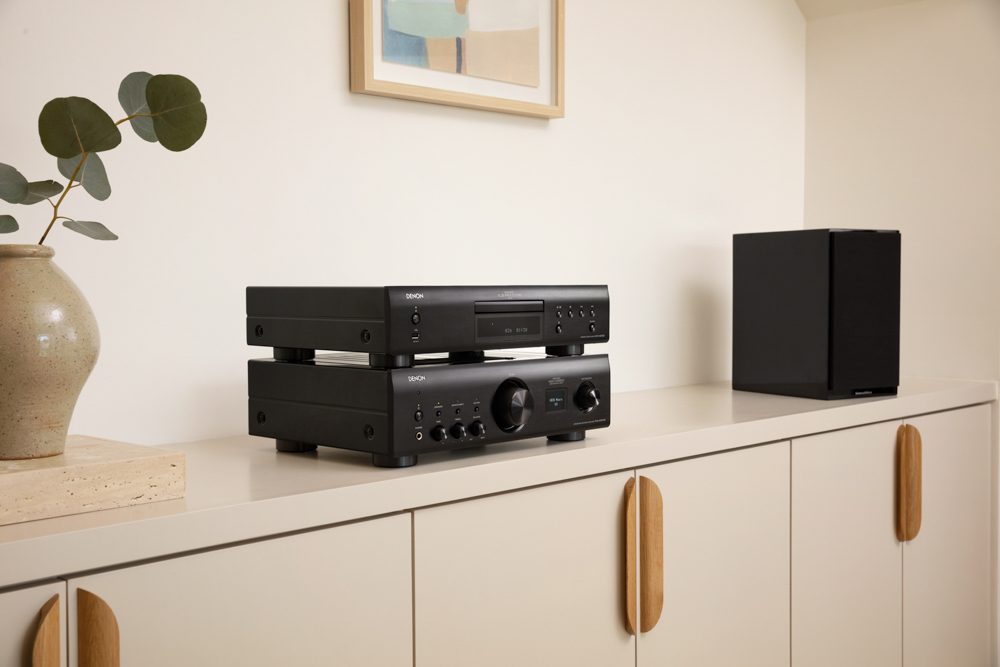 Denon have launched three new products in their HiFi range. We are talking about two components in the brand new 900 series, and a new model that is close to the limit of  HighEnd.

Denon launched these three new models in Munich last week, and it is interesting to note that this year they are concentrating on pure CD players, similar to cousin Marantz who also launched their CD 60 last week. 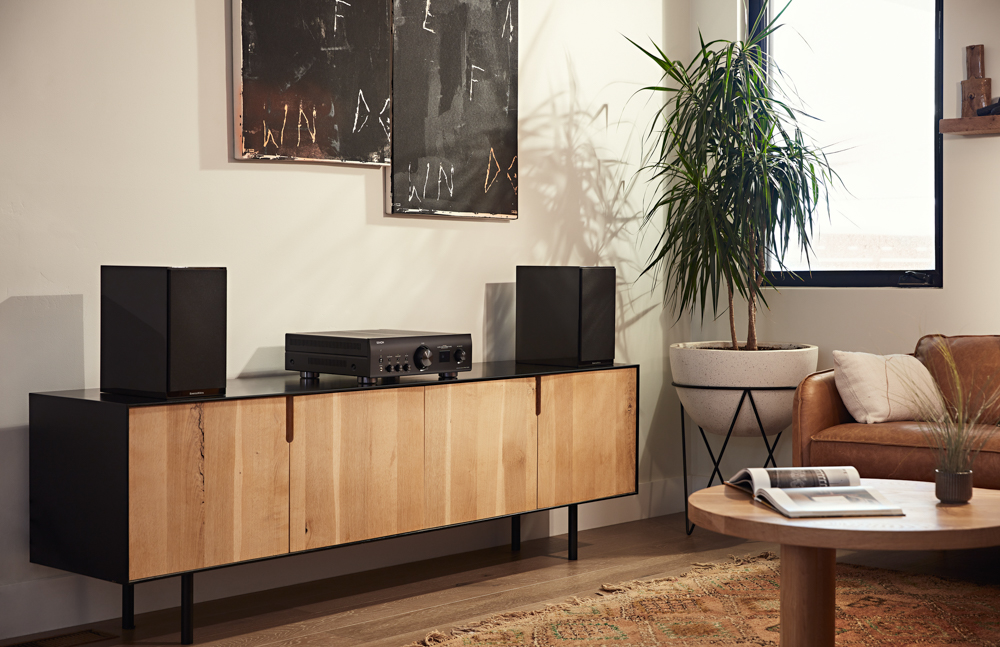 But we start with the most expensive model in this new three-leaf clover. The Denon PMA-1700NE is an obvious successor to the appealing PMA-1600NE that arrived at the arena alongside the SACD player DCD-1600NE late 2016, two models that at that time replaced the 1520 series. Earlier that year, Denon had launched the two top models PMA-2500NE and DCD-2500NE, and we reviewed the PMA-2500NE amplifier in early 2017.

Now Denon replaces the PMA-1600NE with a completely new model with the slightly obvious name PMA-1700NE. And like its predecessor, the PMA-1700NE has both digital and analog inputs, making it well-suited as a modern high-quality central for most audio sources you may have.

And just as Marantz stick to HDAM, Denon swears by MOS-FET, which in this case has the additional designation UHC (Ultra High-Current). In the PMA-1700NE, the amplifier provides 2x70 watts in 8 ohms 20-20,000Hz, with a THD of 0.7%. Measured less conservatively, the performance is 2x140 watts in 4 ohms at 1kHz and with 7% THD. 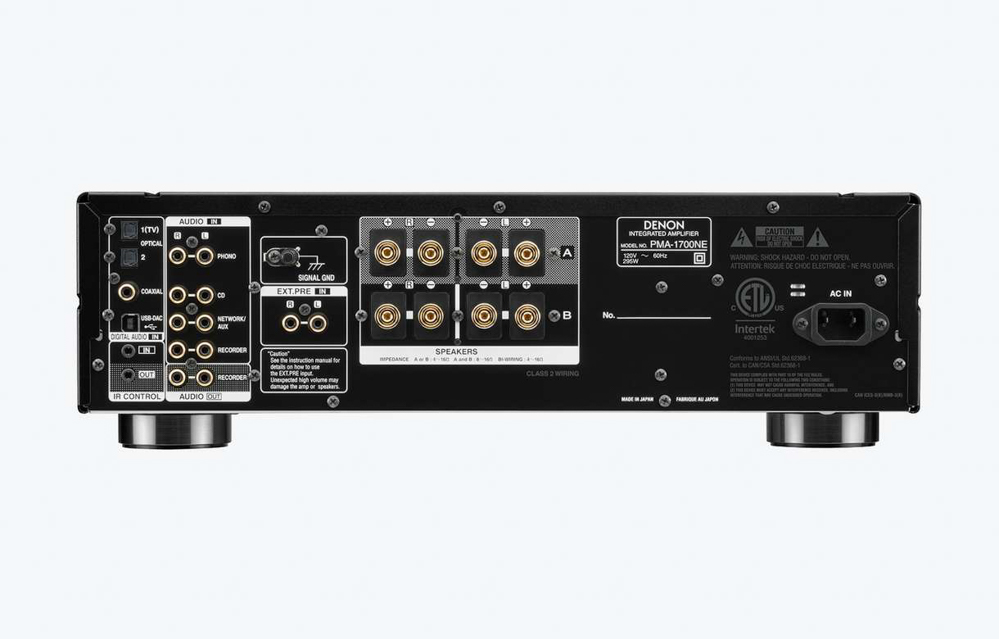 Of analog inputs, we find 3 common line inputs, and a phono input that is optional MM or MC. In addition, it is gratifying to see that Denon resumes the tradition of an HT bypass also at this level, after this was omitted on the predecessor PMA-1600NE. On the PAM-1700NE, the input is called EXT-PRE in, and has given the amp a place on our exclusive and newly updated overview of amplifiers with HT bypass. On the other hand, we wouldn`t mind the Rec out being replaced with a Pre-out.

Digital inputs are distributed with 2 pcs. optical and a coax, as well as a USB-B input. Denon has not said which DAC chip is in the PMA_1700NE, but it has traditionally an Advanced AL32 Processing Plus. The USB DAC supports resolutions up to 11.2-MHz DSD and 384-kHz / 32-bit PCM.

The recommended price for the PMA-1700NE is NOK 19,998, -, and is expected to be available on May 27 in large and Premium Silver at the Norwegian distributor Hifi klubben

Although the 900 series may not be as exotic and of equally high quality as the PMA-1700NE, it may be at least as interesting in the market. The 900 series is the is following the 800 series, where we had a complete set on test in the spring of 2019, with the amplifier PMA-800NE , the CD player DCD-800NE and the separate streamer DNP-800NE . The 800 series made a very good impression in the review, not least the streamer DNP-800NE. It may therefore be somewhat alarming when we discover that the streamer is not included further up in the 900 series. Until we also discover that - " yes sir, it actually is, but it is now integrated in the amplifier PMA-900HNE ". 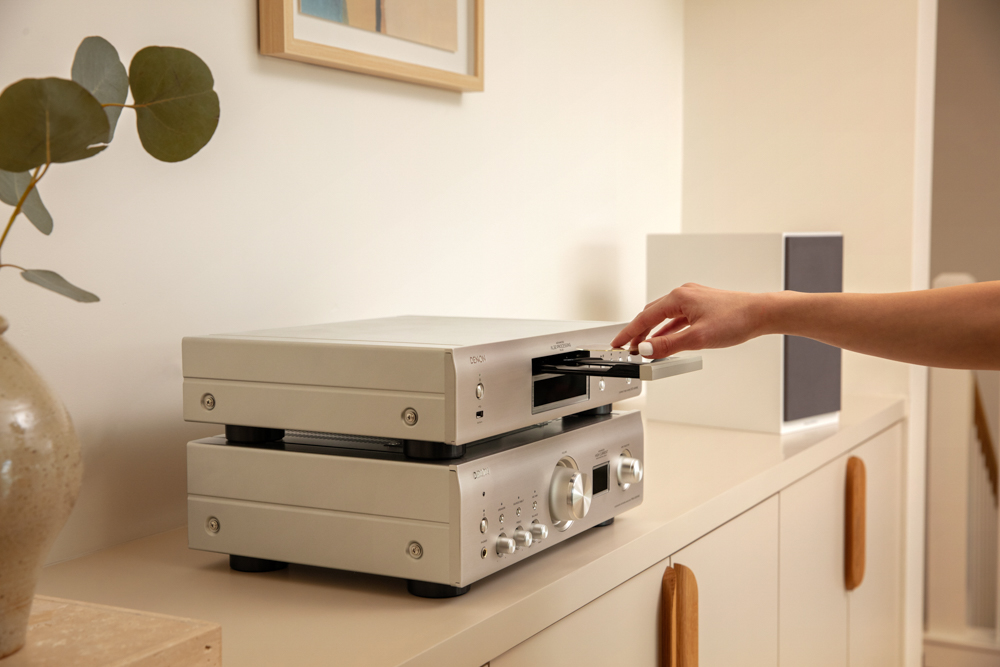 So let's start with the PMA-900HNE, where we will not offend the reader's intelligence by explaining that the H in HNE stands for Heos. This amp replaces the PMA-800NE, which for some reason disappeared from the Norwegian market some time after the kid brother PMA-600 was launched in the late summer of 2019. It may be tempting to assume that the distance between these two models was a bit small in terms of quality. and price, but the PMA-800NE has continued to exist in the European market.

And in addition to being a fairly complete analog and digital amplifier, it has a HEOS-based streamer on board. This provides obvious operating benefits, and is also an obvious advantage for those who do not want to fill the living room with lots of HiFi components, just with good sound. And there we have the Denon PMA-900HNE in a nutshell - another "just-add-speakers" product, in the same way as cousin Marantz MODEL 40n that we right nnow have in for a review, but which costs almost 3x the price of a PMA -900HNE. But ok, it might be over-optimistic to assume that only the price is different, without compromising on performance. 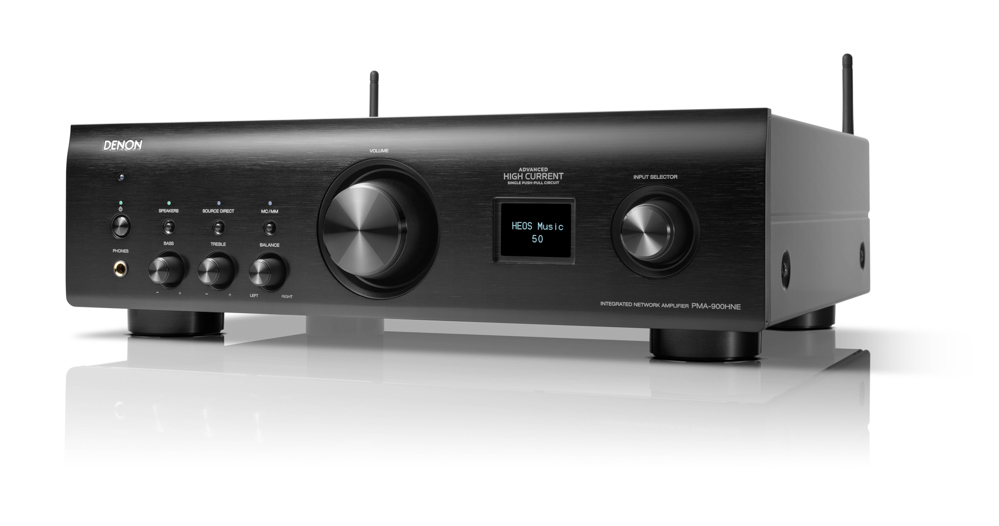 Anyway, the PMA-900HNE also has an analog department where you can choose between MM and MC phono input, and also 3 standard analog line inputs. HT bypass (EXT-PRE in), on the other hand, has is omitting, and doesn`t have a tradition with Denon at this level. A subwoofer output is nice to have for many, particularly as it lacks a regular pre-out. 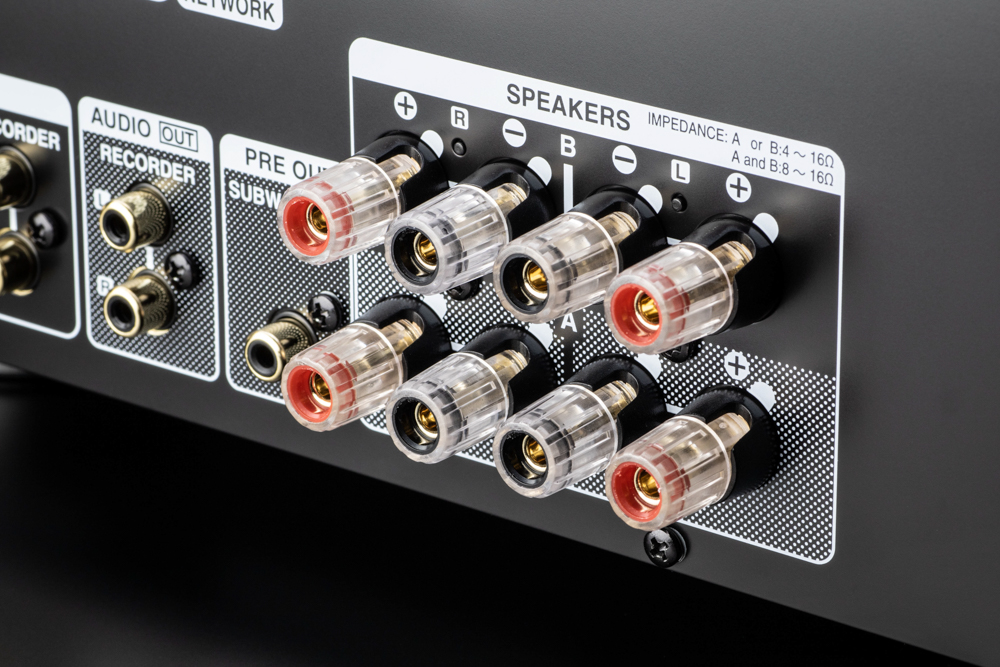 In the digital department, there are still two optical and one coax input, while the USB-B input has been replaced by a USB-A. And we must not forget Bluetooth which provides extra functionality in addition to the HEOS streamer with its integrated streaming services and even more available via AirPlay 2.

We do not yet know the Norwegian price of the PMA-900HNE, but based on European prices, it is reasonable to assume that it will be around half the price of the big brother PMA-1700NE when it becomes available sometime in July 2022.

This will be a direct successor to the DCD-800NE that we reviewed with good results in 2019. But we notice that the weight has increased by a small pound from already respectable 4.5 kg over its predecessor. Otherwise, we have AL32 Processing Plus digital signal processing and filtering in place also in the DCD-900NE, and also the ability to stream the room stored music files via the USB-A input in front. 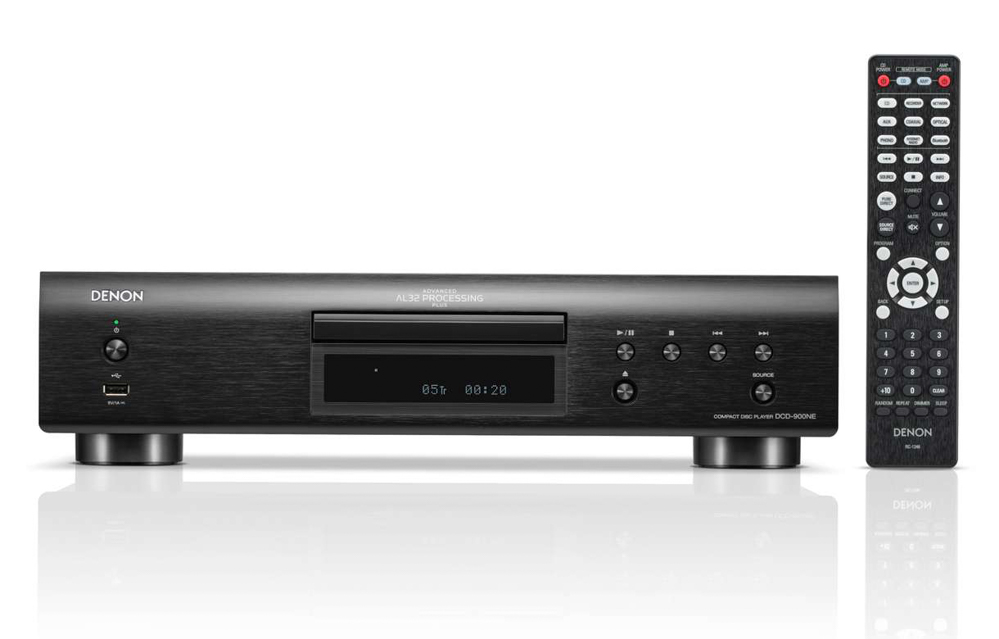 We also do not know the price of the DCD-900NE in Norway yet, but even here it is not very risky to guess a halving compared to the amplifier PMA-900HNE when it becomes available in June 2022.

Read more about PMA-1700NE at the Hifi club

More in this category: « CD 60 - new CD player with high elegance and moderate pricetag from Marantz
back to top